Share on Facebook Share on Twitter Share on Pinterest Share on LinkedIn
Stacker collected data from Hurun Research Institute’s March 2022 report on the world’s self-made women billionaires. It is interesting to note that San Francisco is the city with the most self-made billionaire women (4), while Los Angeles is in second place (3). And perhaps depressing to note that the combined net worth of everyone on this list is $16.3 billion, or around 11% of Jeff Bezos’ net worth.Wealth valuations are from Jan. 14, 2022. If an individual’s shares are held jointly—say, with their husband—individual shareholdings were broken out where possible. When this wasn’t possible, a 50/50 split was assumed. “Self-made” in this context means wealth that was not inherited. It doesn’t take into account whether inherited wealth or privilege helped in the creation of independent wealth. Please note: The data source presumed a binary gender classification. The people on this list use the personal pronouns she/her, as of June 2022. 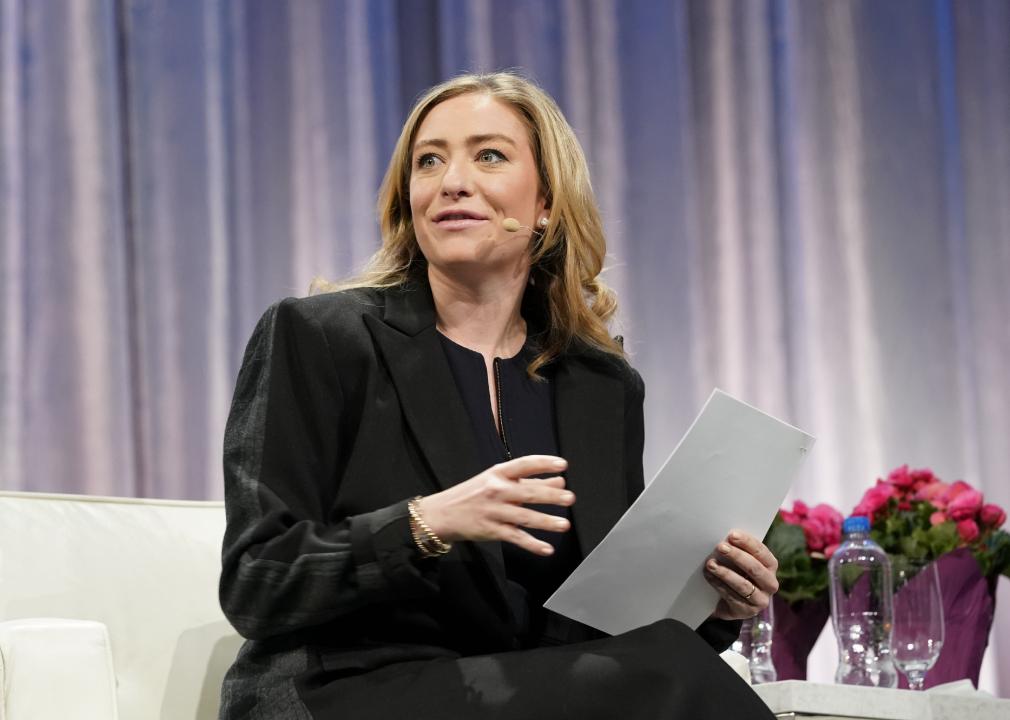 Before founding the dating app Bumble, Whitney Wolfe Herd started her career in Silicon Valley as the vice president of marketing for Tinder, which she eventually left and filed a claim against for sexual harassment. She has said her experience with the toxic culture at Tinder was directly related to her founding of Bumble, which is based on the idea that women make the first move in communicating with men. 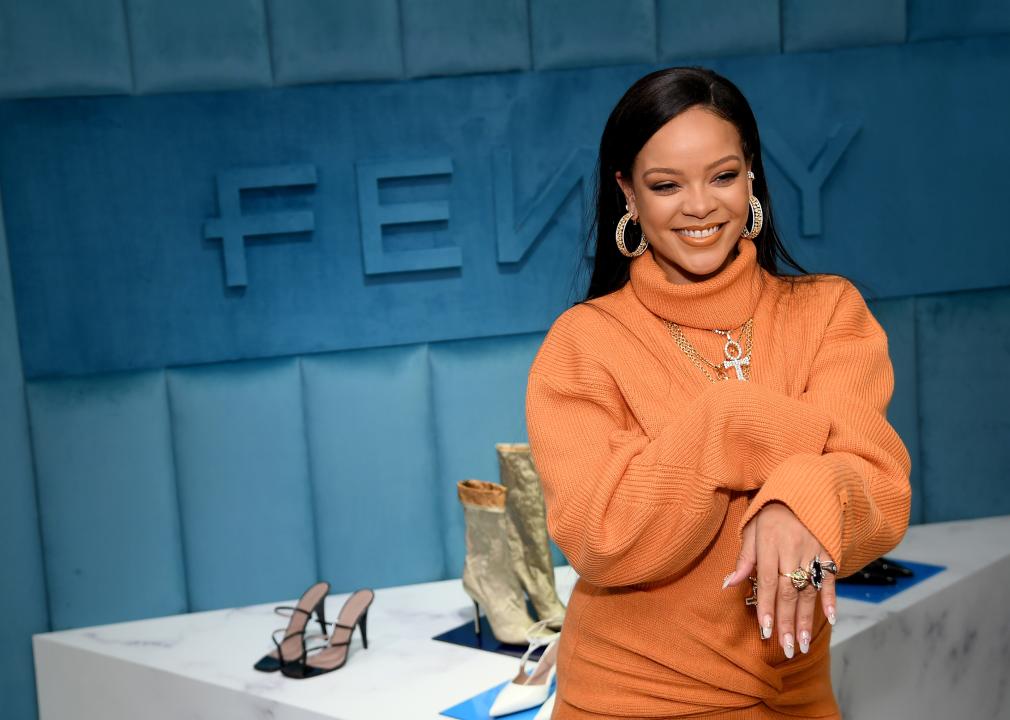 Robyn Rihanna Fenty may be a global pop superstar, but the real origins of her wealth come from her beauty company. Fenty Beauty was launched in 2017 and quickly catapulted Rihanna’s net worth into another stratosphere. The company is known for creating shades for a wider range of skin tones than other beauty companies offer. 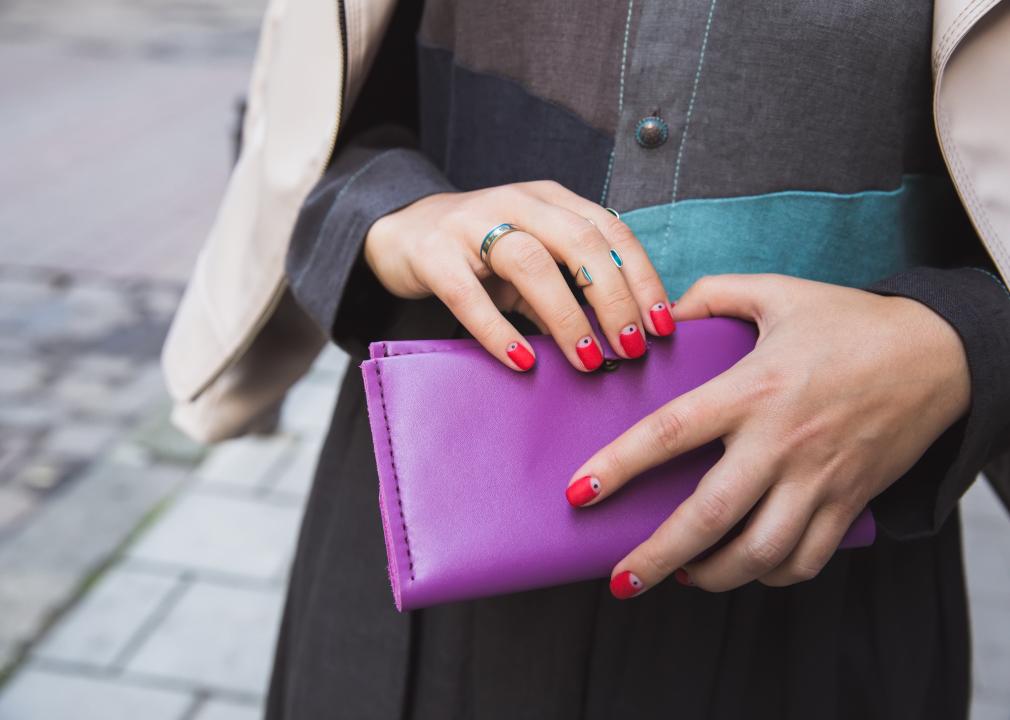 Yang Lin is the founder, chairperson, and CEO of VeSync Co., a small appliance manufacturer. The company is ranked third in U.S. retail sales generated through the behemoth retailer Amazon. 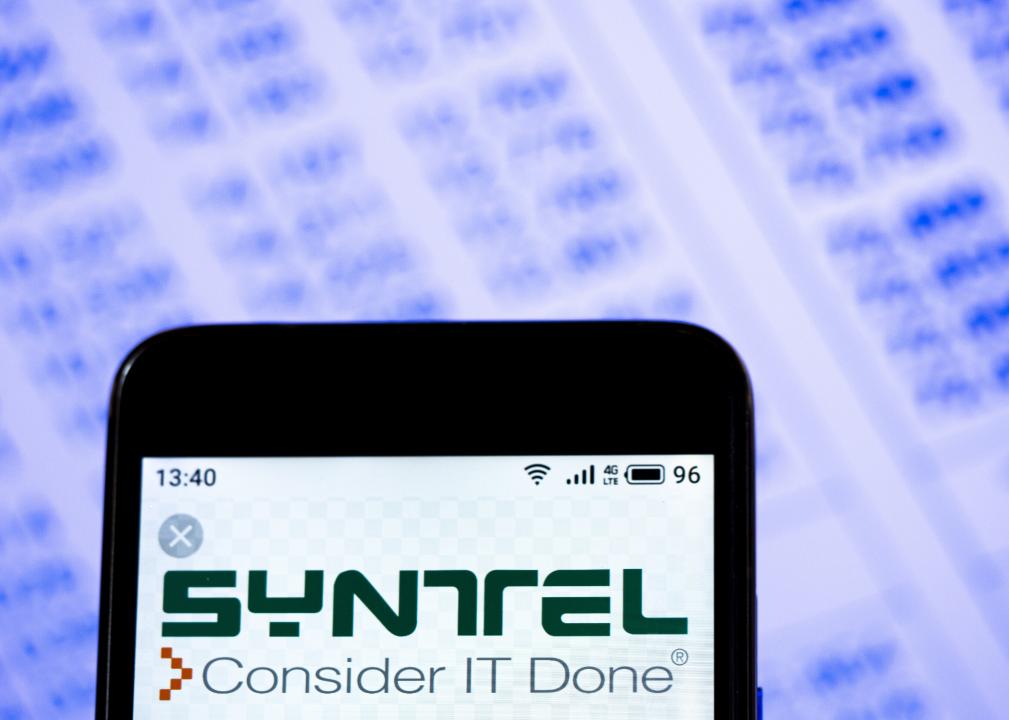 Neerja Sethi co-founded IT consulting and outsourcing company Syntel in the 1980s. The French IT firm Atos SE bought Syntel in 2018 for $3.4 billion. Sethi received $510 million for her stake, which went a long way in bumping up her net worth. 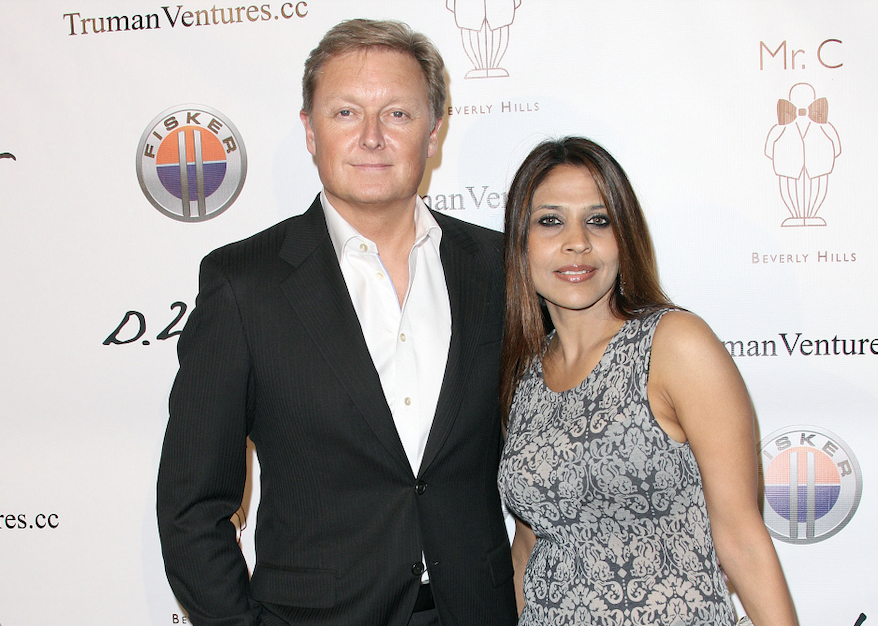 Geeta Gupta co-founded the electric vehicle company Fisker Inc. in 2016. The company was listed on the New York Stock Exchange in 2020 when it debuted via an SPAC merger. Gupta owns a 20% stake in the company.

You may also like: How the ‘Great Resignation’ has impacted 10 industries 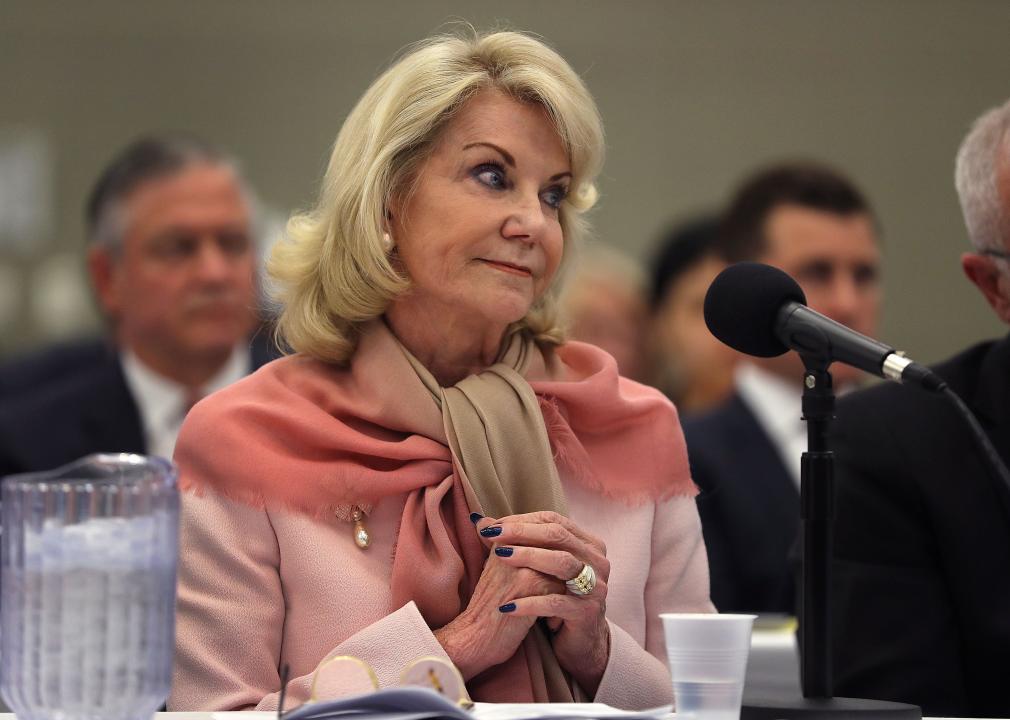 Elaine Wynn co-founded her family’s eponymous resort and casino business Wynn Resorts. The Las Vegas doyenne is an avid art collector. She told The Wall Street Journal that her purchase of the most expensive piece ever sold at auction (at the time of sale)—a Francis Bacon triptych—spurred offensive speculation that the paintings must have been purchased by men. 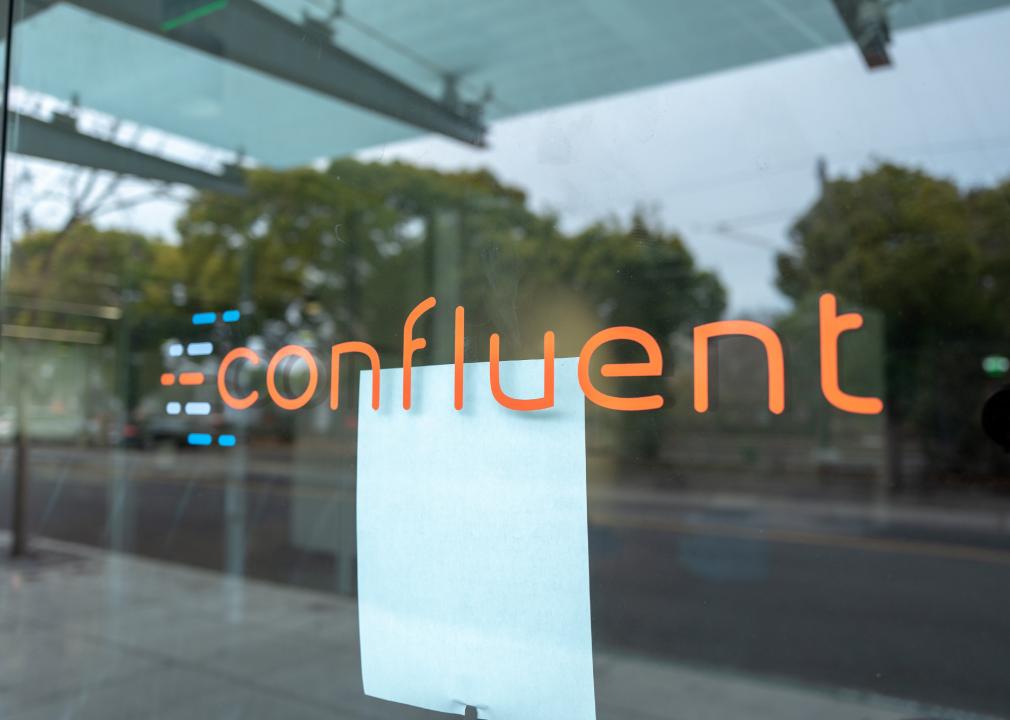 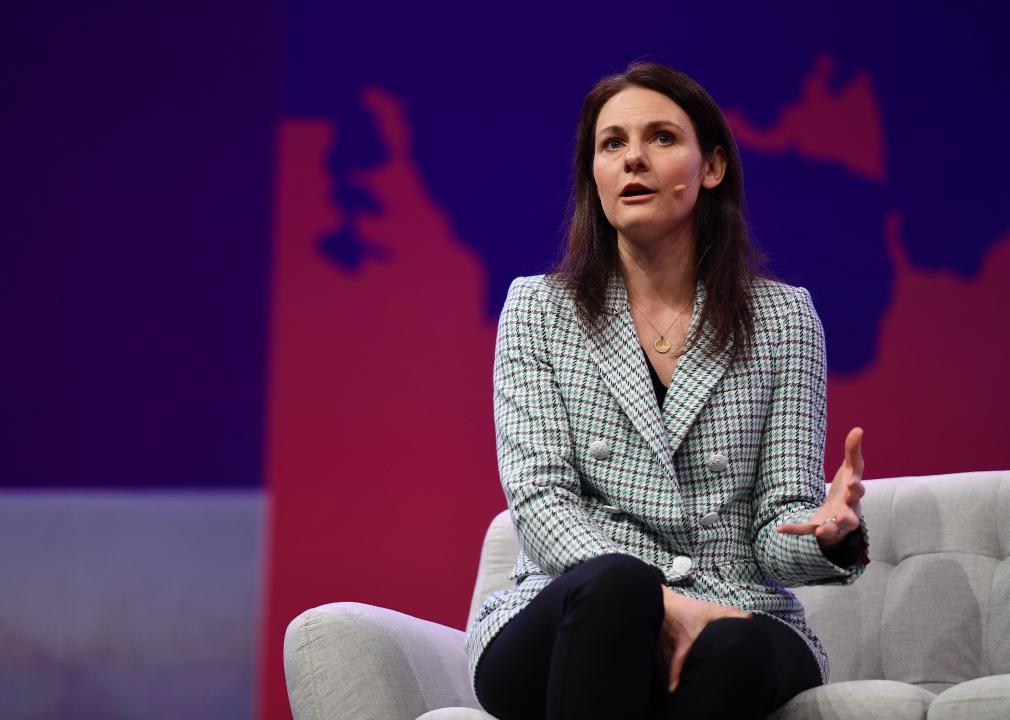 Prior to being the co-founder and COO of cybersecurity firm Cloudflare, Michelle Zatlyn held leadership positions at Google and Toshiba and launched two successful startups. She received an MBA from Harvard Business School and was awarded the Dubliner Prize for Entrepreneurship. 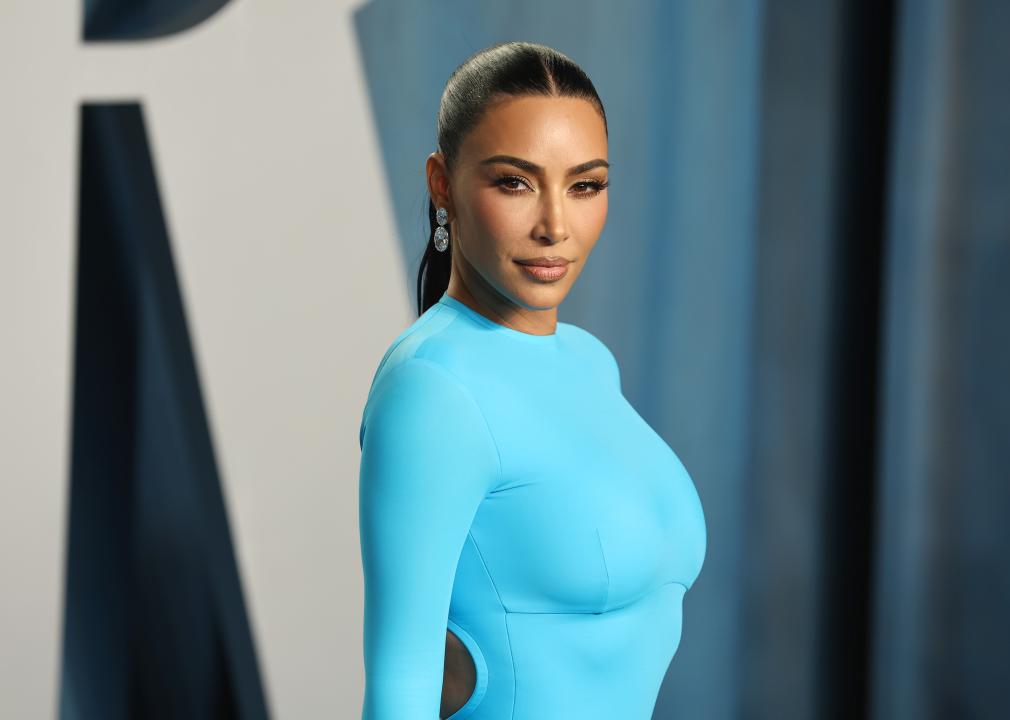 Kim Kardashian became a household name thanks to her family’s hit TV series, “Keeping Up With the Kardashians.” But the reality TV star made her real fortune branching out into personal care products. The superstar’s SKKN beauty line—formerly known as KKW—was prompted by Kardashian’s self-described desire to give people at-home access to dermatologist-quality skincare without a doctor’s office visit. 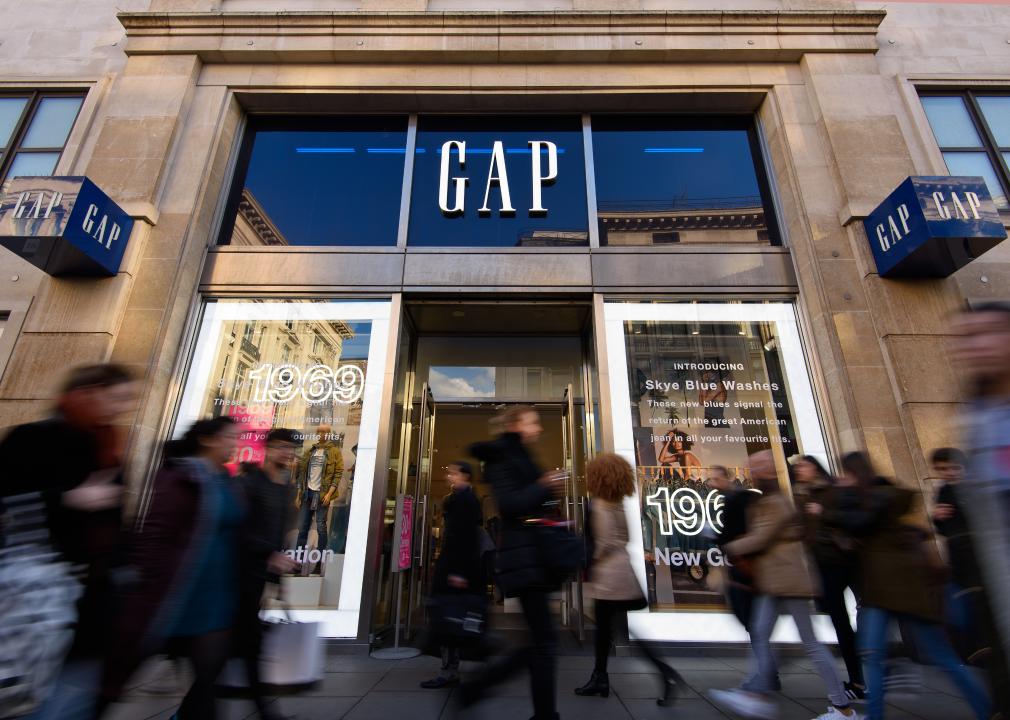 Doris Fisher co-founded the ubiquitous American clothing retailer Gap, Inc. Fisher founded the brand with her husband when they struggled to find jeans that fit him, fitting into a familiar mold of founding companies in response to a need in their own life. Fisher is also a co-founder and major supporter of the KIPP Foundation, which supports public charter schools.

You may also like: Highest-paying jobs with no formal education requirements 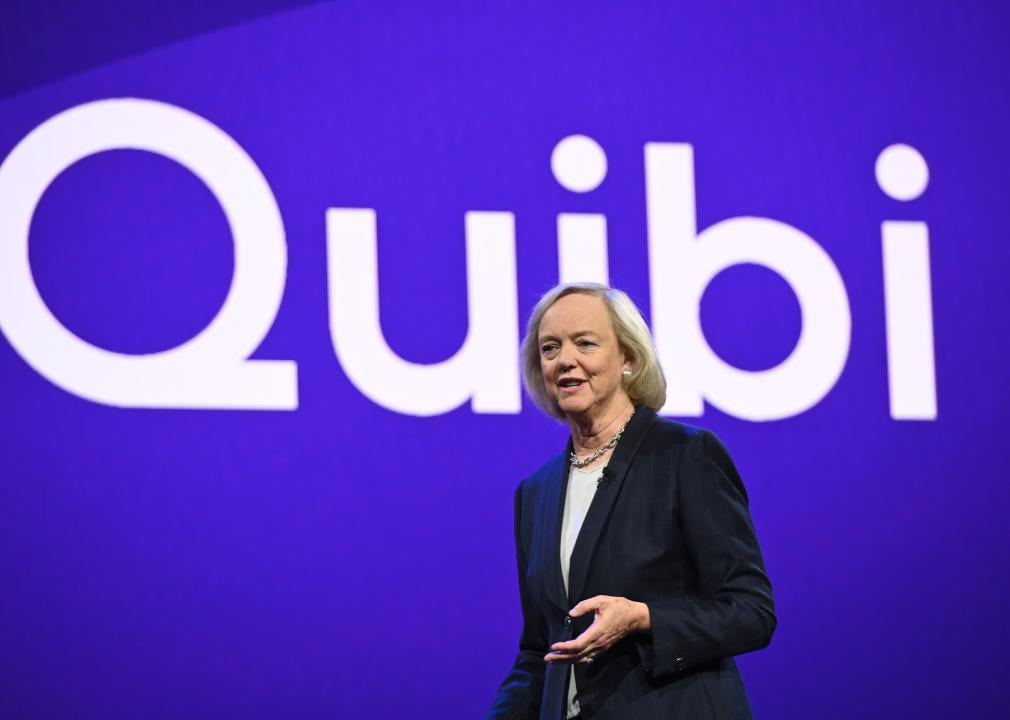 Meg Whitman spent a decade at the helm of e-commerce pioneer eBay. During Whitman’s tenure as CEO between 1998 and 2008, she grew the company from $5.7 billion to $8 billion in sales. She was subsequently the CEO of Hewlett-Packard, where she oversaw the company’s split into two entities. 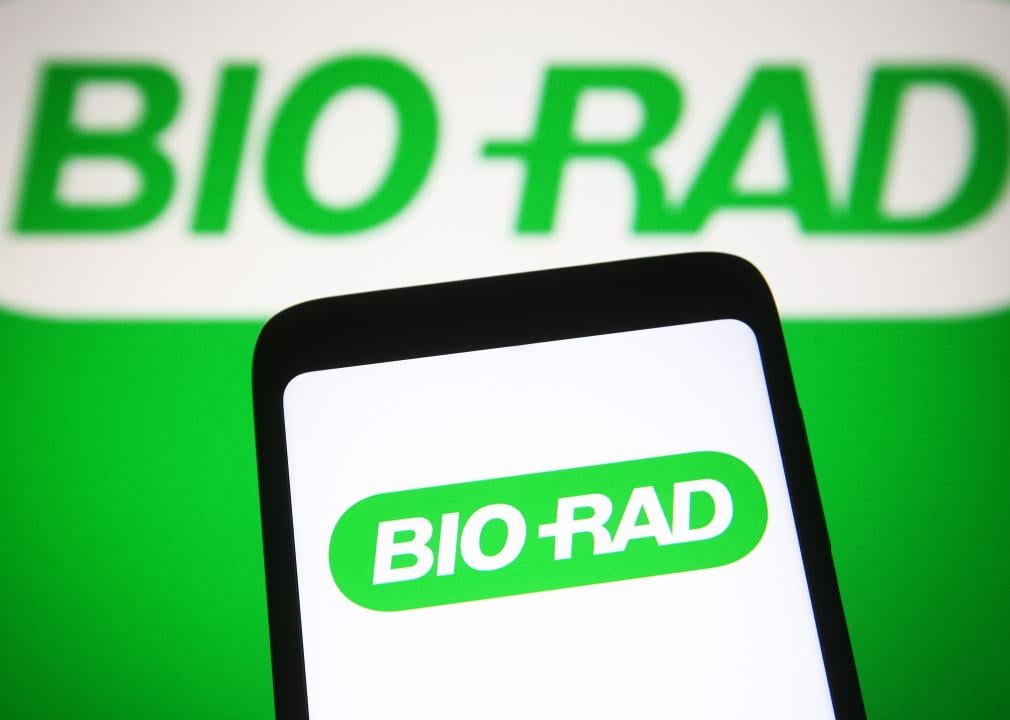 Alice Schwartz is the oldest woman billionaire in the world. She co-founded the life sciences research and pharmaceutical company Bio-Rad Laboratories in the 1950s when female founders were far less common than they are today—and in life sciences, no less. She and her husband launched Bio-Rad with only a little more than $700 in savings between them. 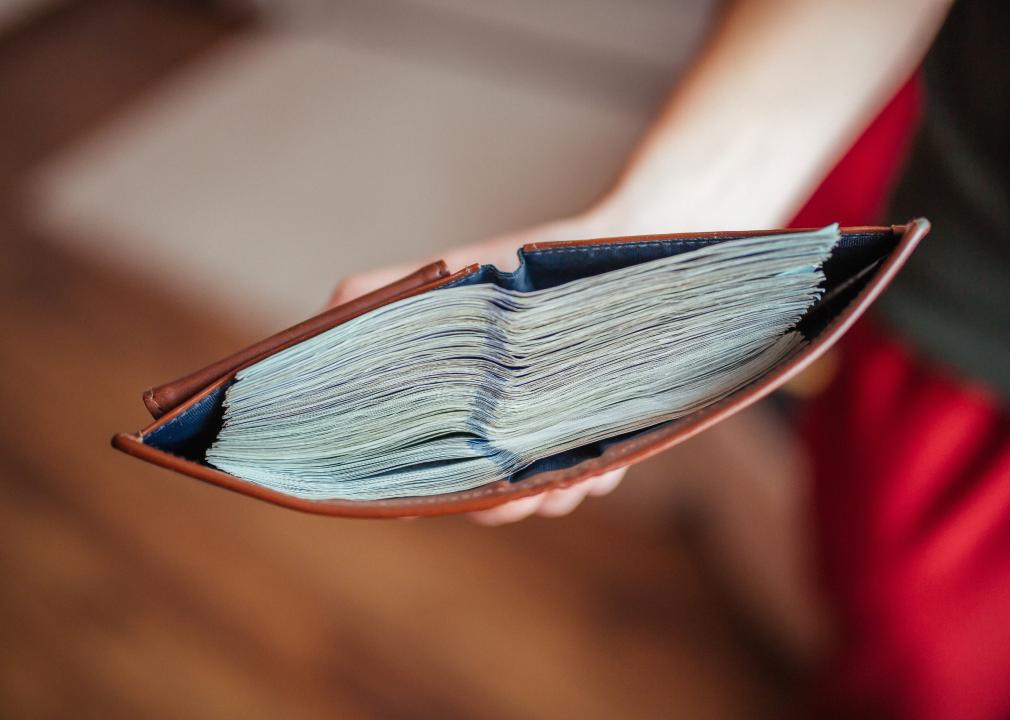 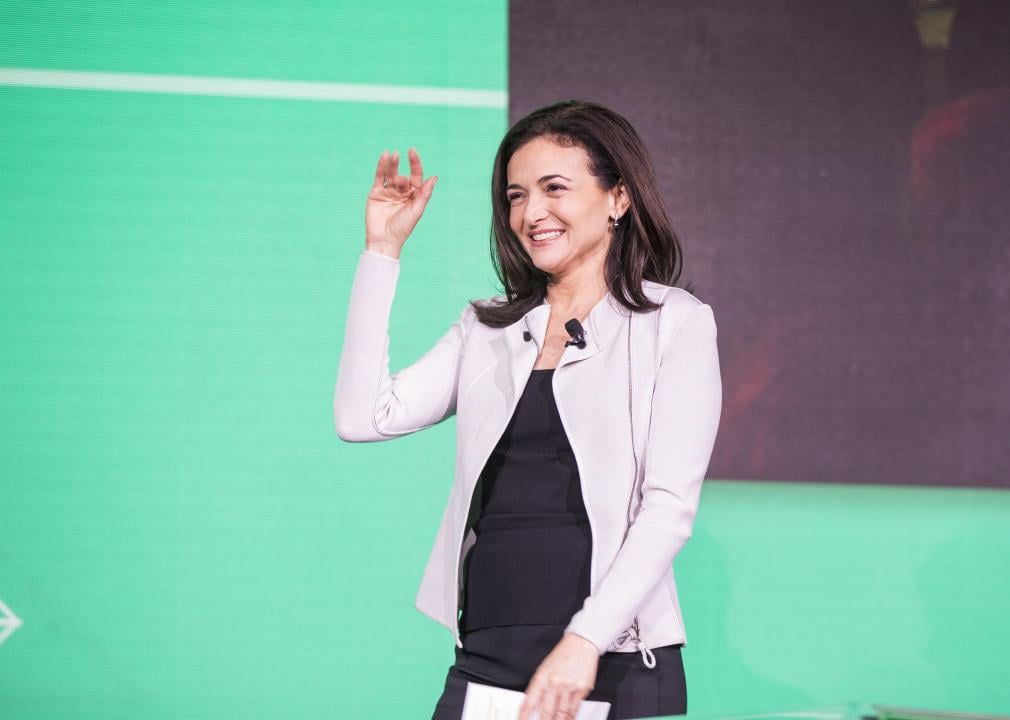 Sheryl Sandberg may be best known for writing the controversial bestseller “Lean In,” which advised women to take charge of their own careers and destinies. But Sandberg’s fortune didn’t come from book sales. Rather, it comes from her early involvement and decades of experience as COO of Facebook, the social networking giant—a position she announced in June 2022 that she’s stepping down from. 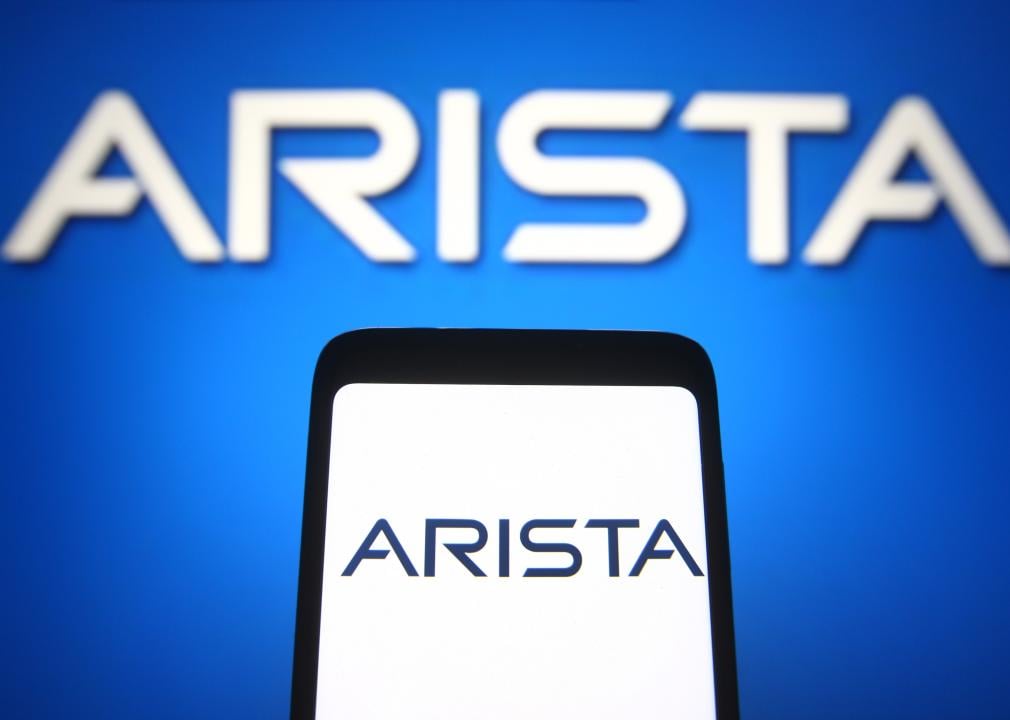 Jayshree Ullal has served as president and CEO of the computer networking firm Arista since 2008. She owns 5% of Arista’s stock, which contributes significantly to her net worth. Ullal also sits on the board of Snowflake, a public cloud computing company.

You may also like: Comparing minimum wage to the cost of living in every state 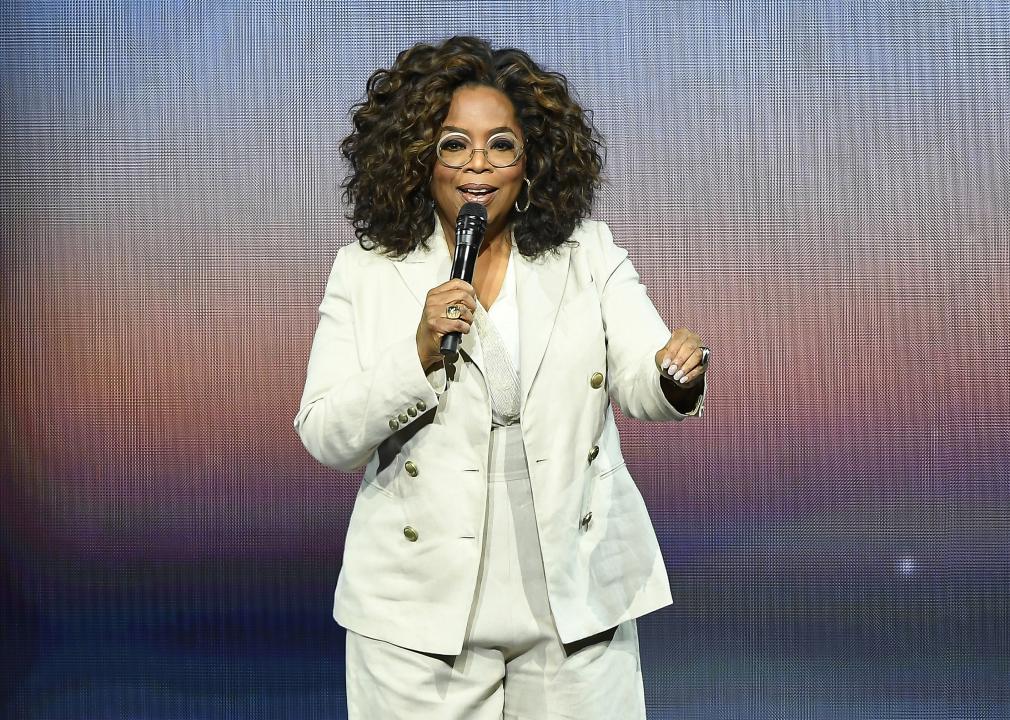 Oprah Winfrey’s eponymous “The Oprah Winfrey Show” made her a household name from 1986 until its final episode in 2011. She went on to found her own TV network, which is where she derives the majority of her wealth today. 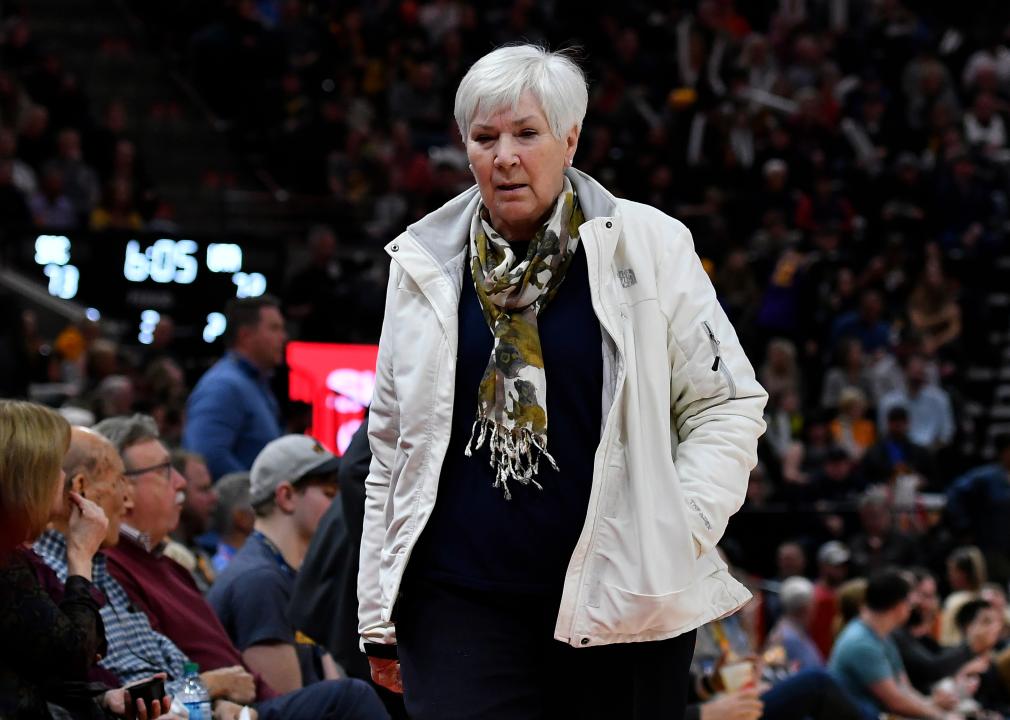 Gail Miller is the owner and chairwoman of Larry H. Miller. The group of companies has held at various points everything from sports teams to vast automotive dealings. Miller is now focused on health care, among other industries she sees as the way of the future. 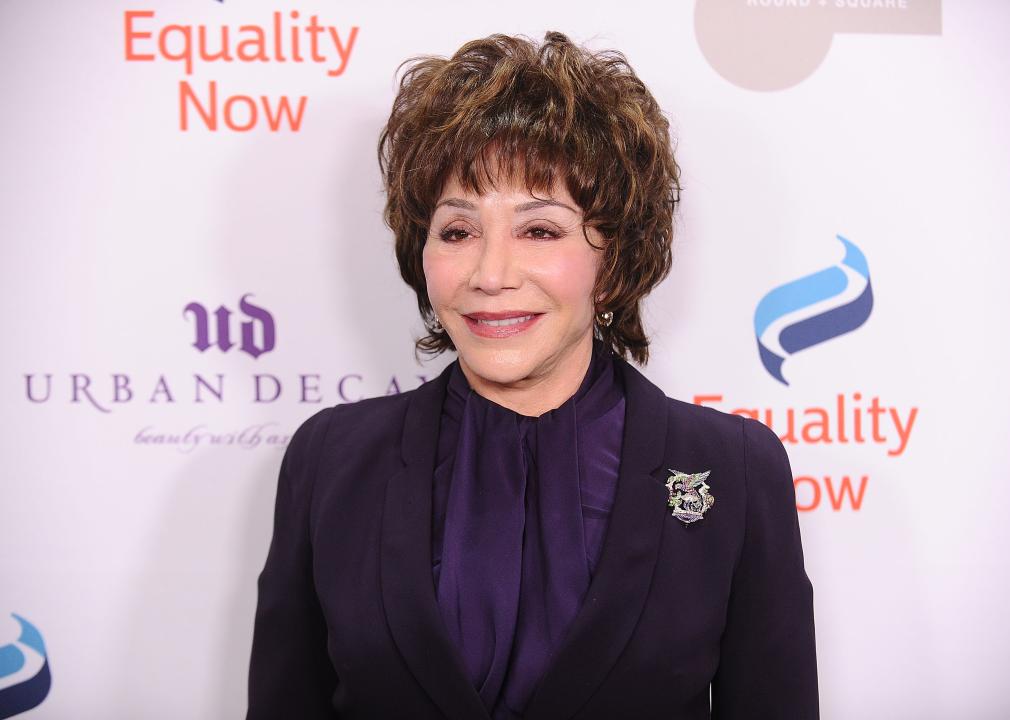 Lynda Resnick is vice-chairwoman and co-owner of The Wonderful Company, which is best known for distributing various health food products, from pistachios to seedless lemons. Known for her marketing prowess, Resnick was nicknamed “POM Queen” after making the company’s POM Juice a wild success. 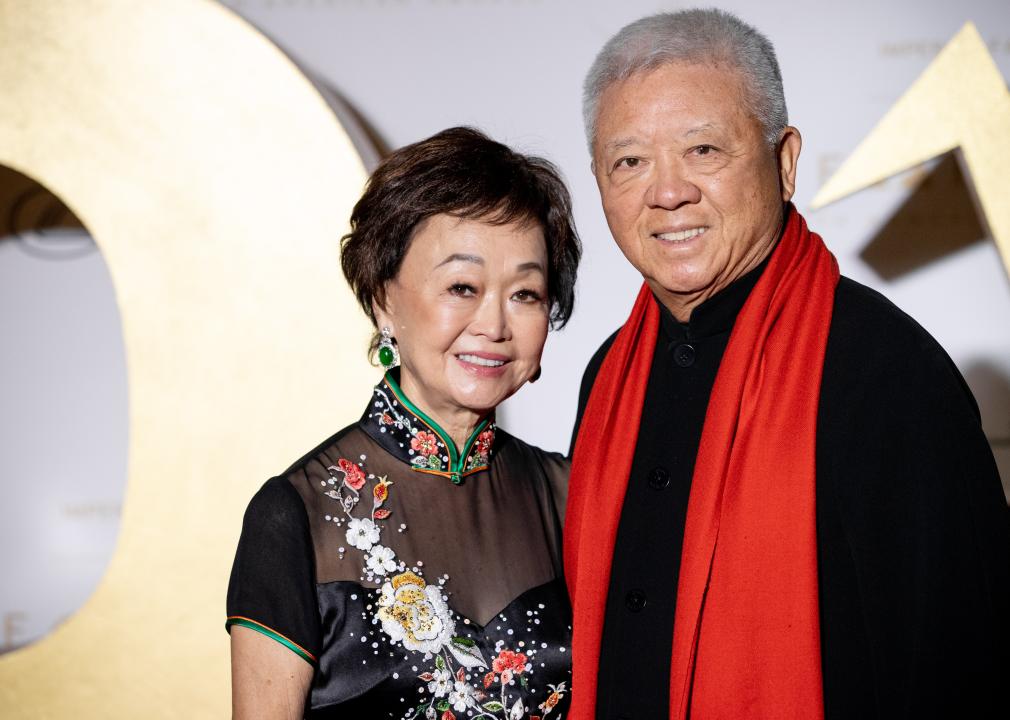 Peggy Cherng is the co-founder of the Chinese fast-food company Panda Express. The company boasts more than 2,000 locations worldwide and nearly $4 billion in sales. In recent years, Cherng has also invested in hotels, including the legendary Waldorf Astoria Hotels & Resorts. 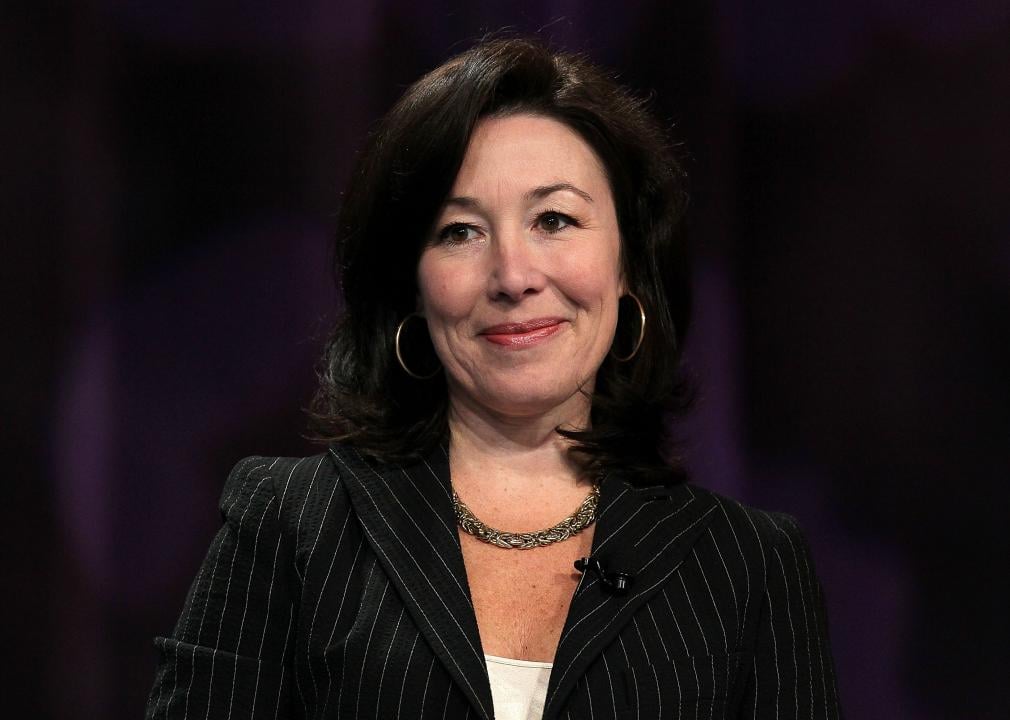 Safra Catz has been the CEO of Oracle since 2014, and sat on the board of directors since 2001. In addition to her duties at the software and services company, Catz’s net worth also comes from her position as a director of The Walt Disney Company.

You may also like: 50 most physical jobs in America 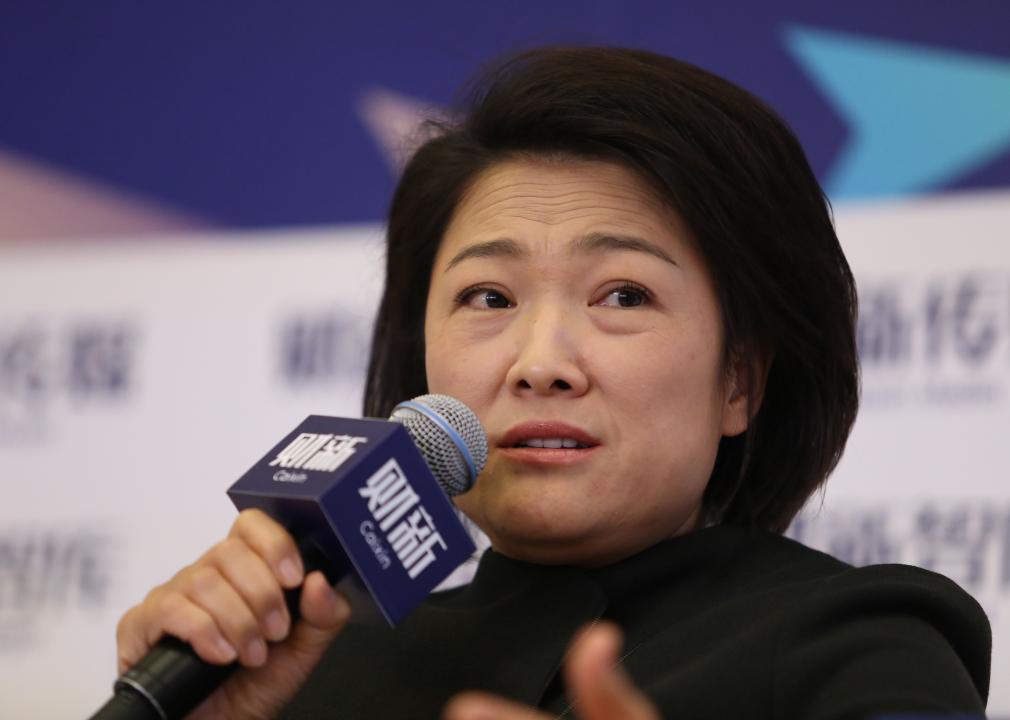 Zhang Xin leads the real estate company Soho China along with her husband. Prior to working at Soho China, she cut her teeth at firms such as Goldman Sachs and Travelers Group. The U.S. private equity firm Blackstone Group said in June 2021 that it would buy the majority of SOHO China for more than $3 billion. Judy Faulkner founded health care company Epic Systems in 1979 in a Wisconsin basement. It is now the largest company of its kind in the U.S. As the CEO, Faulkner owns 47% of the multibillion-dollar company. 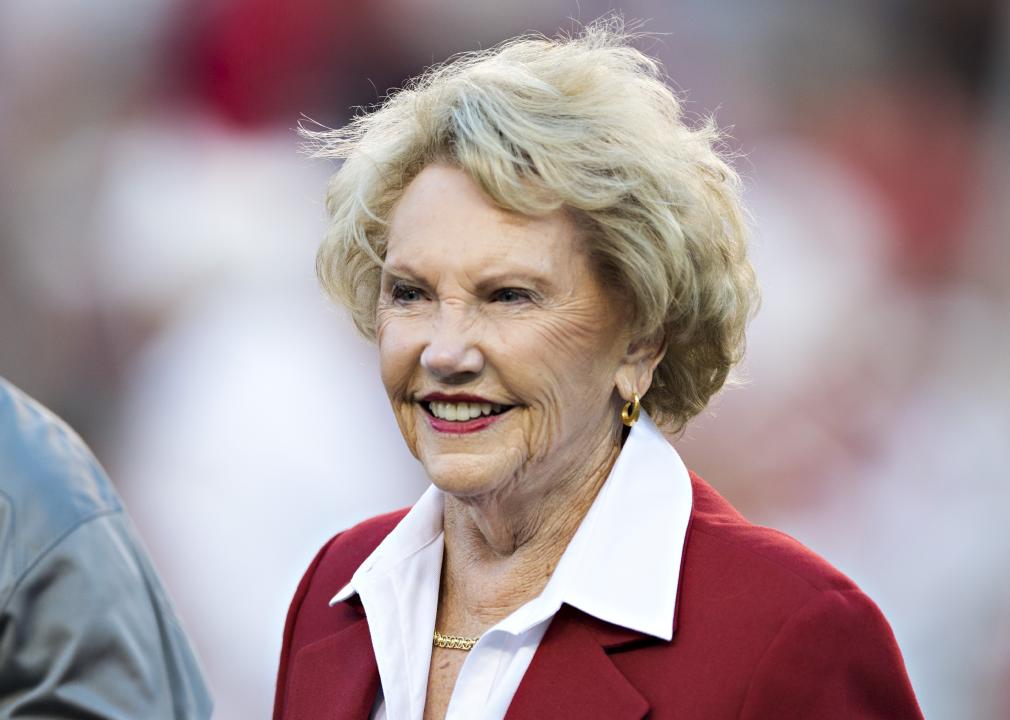 Johnelle Hunt may be one of the richest women in the world today, but it wasn’t always this way for her. Hunt and her husband had to sell their home and take out loans to start their rice trucking business decades ago. Today, that company has evolved and grown into a multibillion-dollar empire, of which Hunt is the largest individual shareholder. 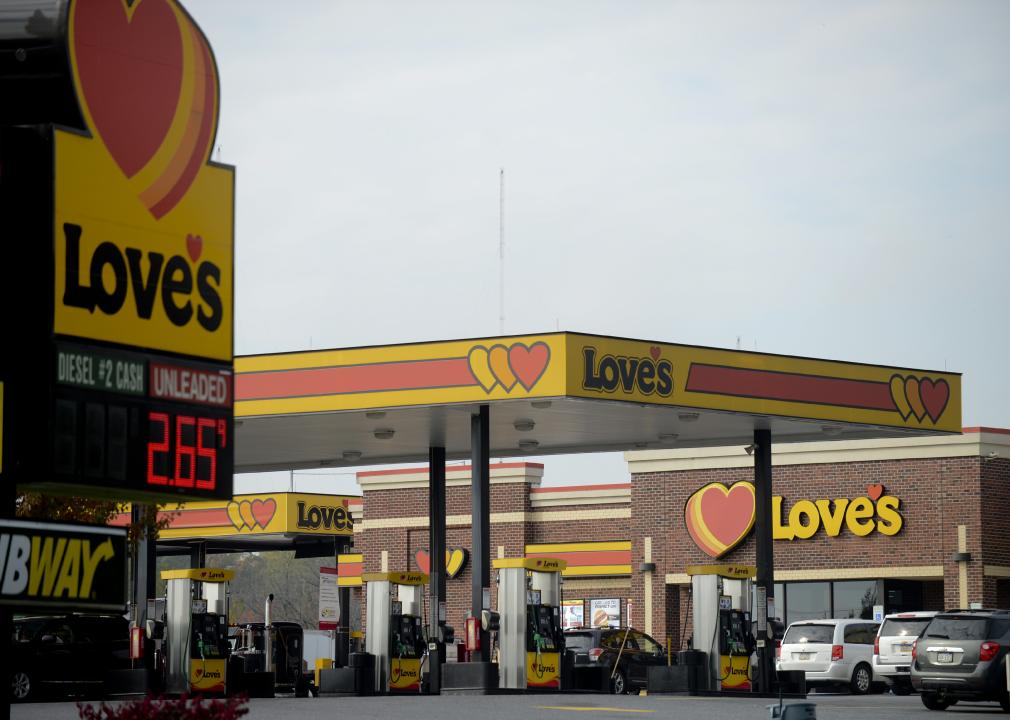 Far from the modern world of technology and Silicon Valley, Judy Love’s empire began with a humble gas station. She and her husband took out a $5,000 dollar loan to open their first gas station in the 1960s. Today, that business has expanded to almost every state in America and does more than $25 billion in annual sales. 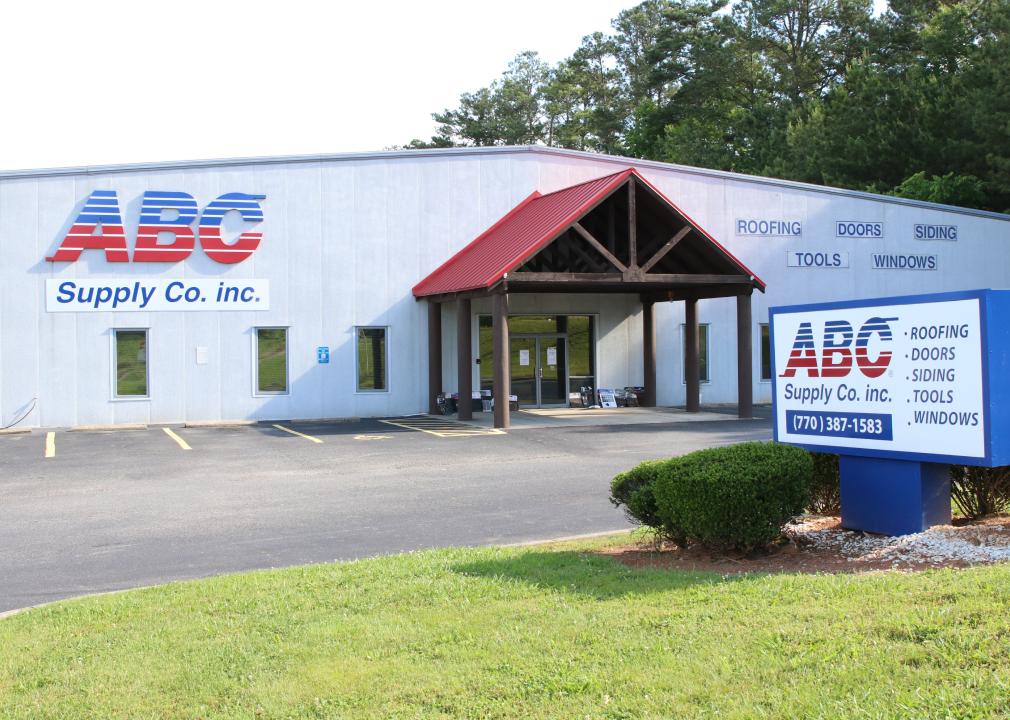 Diane Hendricks made her fortune in construction at ABC Supply. But today, the billionaire has turned her attention to post-industrial towns that she believes she can revitalize, such as Beloit, a Wisconsin town that has fallen on hard times in recent years, and which Hendricks hopes can be transformed into a magnet for startups and founders.

You may also like: How To Build Generational Wealth