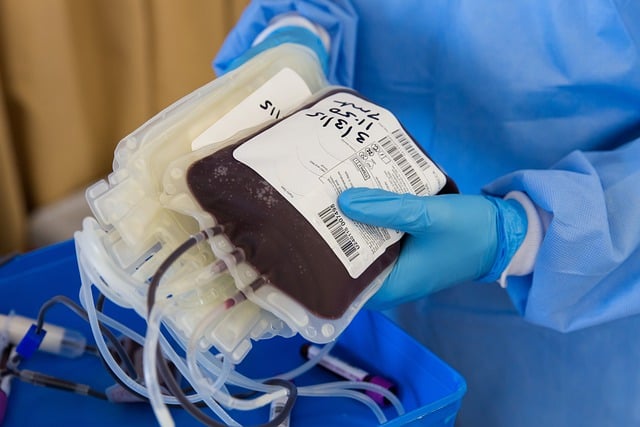 Have you ever donated blood? This small, selfless act does an immeasurable service to the recipient and can even save their life. Plasma donations work the same way; only you can donate plasma for money.

Before donating plasma for extra money, you need to understand the process involved. Read on to find out more.

Donating blood or plasma is like giving “the gift of life.” It is one of the most honorable ways of helping a fellow human. Although both processes seem pretty similar at first glance, they greatly vary in several ways.

Blood is the red bodily fluid composed of red and white blood cells, plasma, and platelets. It supplies oxygen and essential nutrients to the cells. It also removes waste materials like lactic acid and carbon dioxide from the body.

As for plasma, it is the clear, liquid component making up almost 55% of the total blood. Plasma primarily consists of water and supplies minerals, nutrients, hormones, and proteins to all body parts. It also contains antibodies required to fight infections and proteins, such as albumin and fibrinogen, essential to maintain serum osmotic pressure.

Once you understand the medical differences in composition between the two, the next point of differentiation is the donation process.

Blood donations are straightforward and take less than 8-10 minutes. The process starts by cleansing the area on the donor’s arm, inserting a sterile needle, and drawing blood. Usually, one blood donation entails a pint of blood.

On the contrary, when you donate plasma, the process takes up to 50 minutes. The donor’s blood is drawn via a sterile needle, and the blood is separated from cells. The separation process occurs in something called an apheresis machine.

Uses of Blood vs. Plasma

Whole blood can be stored in a refrigerator at 6 degrees Celsius for up to 42 days. It is used for blood transfusions to treat patients suffering from anemia, cancer, and blood disorders. It is also used in emergencies, including organ transplants, surgery, and childbirth.

Donated plasma is frozen within 24 hours to preserve its value, and it can easily be stored for up to a year and thawed when needed. It is given to burn, trauma, and shock patients. Plasma can also be used for patients with chronic diseases and disorders, multiple clotting factor deficiencies, genetic lung diseases, and severe liver diseases.

Who Can Donate Plasma For Money?

In general, plasma donors must be between the ages of 18 and 65 and weigh at least 110 pounds. Before being eligible to donate plasma, a donor needs to pass two medical examinations:

Before donating, the donor must:

You are not eligible to donate plasma if you have:

Once the donor passes the screening and receives test results meeting the criteria, they receive the status of a qualified donor and are eligible to donate.

Pros and Cons of Donating Plasma

While all of us agree that people who donate plasma contribute to a noble cause, some industry practices do not guarantee consumer safety. This risk is notably greater in poverty-stricken communities that lie about their health history to get paid for donating.

Keeping that in mind, let’s discuss some pros and cons of donating plasma to understand the industry’s commendable aspects and shortcomings.

Not just that, the donor undergoes a rigorous screening that allows them to determine their current health status and early signs of any diseases.

Is It Safe to Donate Plasma for Money?

Donating plasma is a safe process and does not threaten the donor’s health. In a typical plasma center, donors undergo strict screening to ensure they are eligible to donate. The process occurs in certified collection centers, performed by well-trained medical professionals in a controlled and sterile environment.

The laboratory tools and equipment are examined for sanitation, safety, and functionality. The needles are sterilized, and all the equipment that comes in contact with the donor is used only once to avoid transmitting diseases and ensure safety for all.

As long as there’s no mishandling of the equipment, the donor takes all the precautions before donating, and the screening is accurate, donating plasma is entirely safe.

How Much Can You Make Donating Plasma?

Mostly, the compensation is between $50 to $75 per appointment, and first-time donors can get bonuses. As long as you pass the screening process, how often you donate plasma for money is entirely up to you.

Is My Plasma Donation Income Taxable?

So, now you want to know whether plasma donation is an under-the-table job or taxable.

As with most tax questions, the answer isn’t black or white. There are many discussions about it. On the one hand, the argument is that your donation is a non-cash gift and shouldn’t be reported as taxable income. On the other hand, many donors insist that income is taxable.

If you want a definitive answer on this, don’t take online discussions as legit tax advice and consult with your accountant instead.

There are multiple plasma donation centers located across the US. You can find the nearest center here by entering your city and postal code.

Here are some of the centers where you can donate plasma in the US:

How Often Can You Give Plasma?

You can donate plasma more frequently than you can donate whole blood. According to the American Red Cross, donors can give plasma up to 13 times a year, or every 28 days. However, most plasma donation centers follow the regulations issued by the US Federal Drug Administration (FDA), which allow donors to donate once every two days or twice in seven days.

Are There Any Side Effects of Donating?

As long as you are healthy and pass the screening, donating blood for plasma has no side effects. However, some donors experience fatigue, bleeding, bruising, and dehydration. You might also feel lightheaded and dizzy after donating plasma.

Final Thoughts – Where to Donate Plasma for Money

It is indisputable that donating plasma is a valuable social contribution since it helps save lives. Moreover, being rewarded for your donation contributes to your own financial well-being.

Make sure that plasma donation is suitable for you by undergoing the screening process thoroughly. No amount of money or social karma points should make your own health take a back seat. If you aren’t eligible to donate plasma, there are ways to improve your financial situation.

This article originally appeared on My Work From Home Money.