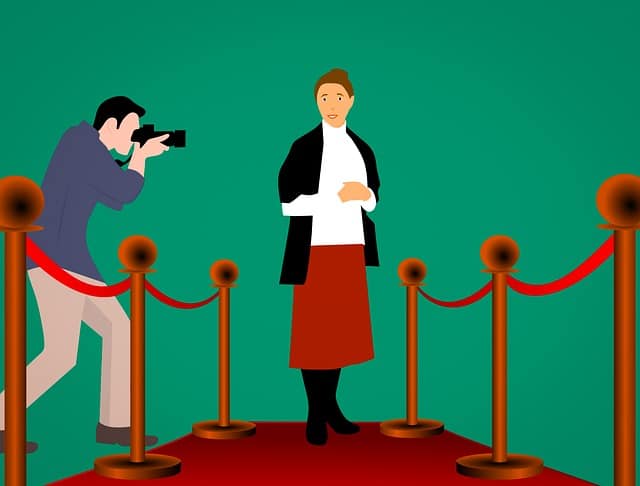 How much does your favorite actress make? It’s tantalizing to speculate about Hollywood actresses’ fabulous lifestyles and astronomical paychecks. If you are curious about which starlets are raking in the most, this article is for you.

Well, they all come in this category, along with many others. Some stayed on the list, while others were out-earned by someone else. Let’s see who among the current top-earning female movie stars made it to the rich list.

We take into account their earnings from acting, brand endorsement deals, and other sources of income like clothing lines, cosmetics, or other businesses.

Who Are the 10 Highest-Paid Actresses Today?

The “How to Get Away with a Murder” protagonist, Viola Davis, became the first African-American woman to receive The Triple Crown of Acting–an Oscar, an Emmy, and two Tony awards.

The 56-year-old philanthropist started acting and production work in 1996. Later, in 2011, she launched her own production company, JuVee Productions, with her husband.

She starred in and produced the film “The United States vs. Billie Holiday,” based on a true story. The film came out in 2021 and was popular with audiences.

The critically acclaimed actress has spoken about black women’s underrepresentation in film and television. “We have stories to tell,” she said in a speech at the 2016 Emmy Awards. “And we deserve to be heard.”

The first time she appeared on the Forbes magazine’s annual list of highest-paid actresses was in 2019, and she still holds the 10th position firmly with a net worth of $15.5 million.

“The Queen of Peak TV” Elisabeth Moss is an actress, director, and producer who started her career as a child actor in the 1990s. She first got recognition for her portrayal of Zoey Bartlet, the youngest daughter of President Josiah Bartlet, played by Martin Sheen.

Since then, she has appeared in several top roles. On television, she essayed the roles of Peggy Olson in “Mad Men” and Detective Robin Griffin in “Top of the Lake.” She also performed supporting and leading roles in movies like “The Square,” “The Invisible Man,” “Shirley,” and others.

Moss has also directed two short films: “Is It Just Me?” and “Sun Dog.” Moss is currently starring in the Hulu original series “The Handmaid’s Tale,” for which she has received critical acclaim.

In addition to her success in Hollywood, Moss is also a vocal advocate for women’s rights. She has supported the Time’s Up movement and expressed the need for more female directors in Hollywood.

Moss is set to star in the upcoming film adaptation of Margaret Atwood’s book “The Testaments.” She appeared as one of the highest-paid TV actresses in 2018 and still stands her ground with a net worth of $16 million.

The “Grey’s Anatomy” actress Ellen Pompeo made it to the highest-paid actresses list for the fifth time this year. She made her debut in the ranking for the first time in 2018.

She has received recognition from the Screen Actors Guild and was nominated for a Golden Globe. Pompeo is not only a small-screen actress but also started a production house called Calamity Jane and has directed two episodes of Grey’s Anatomy.

Pompeo penned an article about the gender pay gap and her new deal with ABC, which made it to the cover story for The Hollywood Reporter’s January 2018 issue.

Pompeo’s estimated net worth is about $19 million.

It is not surprising that Nicole Kidman is on this list of actresses. She did exceptionally well in the entertainment industry.

Although her income dropped from the $34 million she made in 2019, her appearance with Meryl Streep in “The Prom” and the box-office success of “The Undoing” with Hugh Grant have secured her place on this list in 2022 again.

The Oscar winner Kidman has been a goodwill ambassador for UNICEF since 1994 and was made a Companion of the Order of Australia in 2006. Time magazine listed among the 100 most influential people in the world, and The New York Times named her one of the century’s top Hollywood actors.

The total worth of this Australian superstar is around $22 million.

Emily Blunt, a British-American actor, won Golden Globe and Screen Actors Guild Awards. With her leading parts in the comedy-drama “The Devil Wears Prada” and the TV film “Gideon’s Daughter,” Blunt made her massive breakthrough in 2006.

She was part of two popular projects in 2020: “Jungle Cruise” and the second edition of “A Quiet Place,” written and directed by her husband, filmmaker John Krasinski. They got married in George Clooney’s villa.

Apart from acting, she is very into singing, as you might have witnessed in “Mary Poppin Returns” and “Into the Woods.”

Blunt first appeared on the highest-paid actresses list in 2019. Now she has a worth of $22.5 million.

With an impressive range of roles under her belt, Meryl Streep has demonstrated her versatility and talent time and time again. Whether she is playing a dramatic role or a comedic one, she always manages to capture the hearts of her audience.

Her performances are so convincing it’s often easy to forget she is just acting. Her charming on-screen presence sustained films like “Sophie’s Choice,” “Mamma Mia” and “Big Little Lies.”

You probably have seen this versatile American actress in “Gilmore Girls” as Lorelai Gilmore’s best friend. Melissa Ann McCarthy is also a comedian, writer, producer, and fashion designer who have won multiple awards throughout her career.

McCarthy founded On the Day Productions with her husband Ben Falcone, and together, they have produced several comedies. She established Melissa McCarthy Seven7, a clothing brand for plus-sized women. In 2015, she was awarded a Motion Picture star on the Hollywood Walk of Fame.

She also appeared as a cameo in the latest “Thor: Love and Thunder.” The Bridesmaid actress was put on this list in 2019 until now with $25 million in her account.

In the number three place, we have the famous lead protagonist of “Wonder Woman,” Gal Gadot. She is an Israeli model, actress, producer, and mother of three beautiful kids.

Her first movie role was as Gisele Yashar in the international box office success “Fast and Furious” movie series. And she never looked back, gaining worldwide fame for appearing in several superhero movies in the Marvel cinematic universe.

The “Red Notice” heroine was the former Miss Israel and combat fitness instructor of the Israel Defense Forces. She placed twice in the annual rankings of this list. Gal Gadot’s net worth is now increased to $31.5 million.

Angelina Jolie, second on the Forbes list, works as an actress and director. She has received various honors, including an Academy Award and three Golden Globe Awards. Her involvement in the noble venture of being a UN Special Envoy for Refugee Concerns has made her widely known as a humanitarian.

She first became prominent in the early 2000s, starring in films like “Lara Croft: Tomb Raider” and “Mr. & Mrs. Smith.” Since then, she has starred in a wide variety of blockbusters, ranging from action movies to romantic dramas.

Jolie was awarded the honorary title of Dame Commander of the Order of St. Michael and St. George (DCMG) in June 2014 for her contributions to UK foreign policy and work to end sexual abuse in war zones.

She has a current net worth of $35 million.

Who Is the World’s Highest-Paid Actress?

As one of Hollywood’s most successful Latina actresses, Sofia Vergara has defied the odds to achieve mainstream success. Born and raised in Colombia, Vergara began her film industry career as a model and television host before landing her breakout role on the hit sitcom “Modern Family.”

Throughout the show’s eleven-season run, she earned critical acclaim for her portrayal of Gloria Delgado-Pritchett, earning four Golden Globe nominations and one Emmy award.

Besides her successful acting career, Vergara has also carved out a successful career as a businesswoman. She is the co-founder of Latin World Entertainment. It is a talent management and entertainment marketing firm. She also has her own lifestyle brand, Sofia by Sofia Vergara, which includes a clothing line, home decor line, and perfume collection.

She remained the most paid TV actress from 2013 to 2020 and made up the highest-paid actress list for the first time in 2018. With an estimated net worth of over $43 million, Vergara gained the top spot among the richest actresses in Hollywood.

Who Is the World’s Highest-Paid Actress?

Sofia Vergara is the highest-paid actress in the world as of now with a total estimated net worth of $43 million.

Who Is the Highest-Paid Actor in the World?

Dwayne “The Rock” Johnson, with a net worth of $89.4 million, is the highest-paid actor in the world.

Who Is the Highest-Paid Child Actor?

Millie Bobby Brown is currently on record as the highest-paid child actor for her role as Eleven in Netflix’s “Stranger Things,” where she now earns a $350,000 paycheck per episode.

In terms of overall net worth, 24-year-old Jaden Smith, the son of Will and Jada Pinkett-Smith, tops the list with $8 million.

Sofia Vergara stands at the top of this highest-paid actress list with her TV shows, lucrative product endorsements, and sponsorship deals with popular brands.

But as showbiz denizens say, you are as good as your last movie (or TV show). That’s how fleeting the place on this list can be.

One thing is certain; these top actresses worked very hard in their craft to deserve such remarkable income. May they have more wonderful performances and continued success!

Thank you for reading this article! Please visit us at The Cents of Money for more articles of worth.