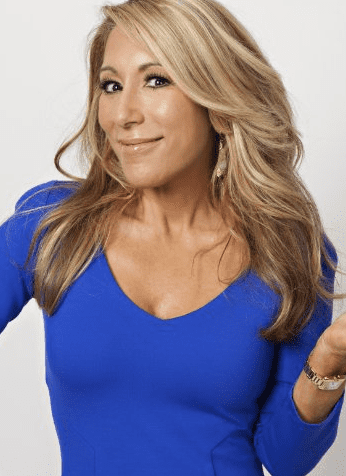 Behind the bubbly Shark Tank regular, Lori Greiner is a self-made inventor, entrepreneur, mentor, author, and producer. Through tenacity, savviness, and persistence, she has generated huge successes prevalent throughout her companies and on QVC and Shark Tank. Greiner snagged many of Shark Tank’s best deals.

Greiner has earned the monikers like “Queen of QVC” and trademarked “warm-blooded shark” for her empathy and kindness, though she is not shy to offer constructive criticism and pass on deals.

According to Celebrity Net Worth, Greiner’s estimated net worth at $150 million. While she may not be the wealthiest–she’s in the middle of the Shark Tank pack–she snags the best deals of this successful show. Inclusive of all her products, Lori Greiner points to a 90% success rate.

Although her net worth is growing, Lori Greiner enjoys substantial liquidity to juggle the demands and opportunities and likely has a high liquid net worth.

Lori Greiner grew up in Chicago, raised by two working parents, and aspired to be a journalist and playwright. She was a communications major at Loyola University Chicago, working for The Chicago Tribune while in college. She soon showed her entrepreneurial spirit and never looked back.

A Brief Look At Her Many Accomplishments

In 1996, Lori invented a plastic 100-earring organizer while going to school and made a lucrative deal with JC Penney to sell her product. Interestingly, QVC initially rejected her organizer, so she started selling the organizer on Home Shopping Network (HSN) before selling it on QVC. Lori made $1 million in sales in the first year.

With those sales, she could repay her $300,000 loan within 18 months on the strength of her first product, a jewelry box.

In 2000, she began hosting a show on QVC, “Clever & Unique Creations by Lori Greiner.”

Lori Greiner authored “Invent It. Sell It. bank It!: Make Your Million-Dollar Idea Into a Reality,” ranked National Best Seller and named among the top business books in 2014.

She developed expertise in patents,  holding 120 and counting, and 1,000 products.

Paralleling her successful first product,  Lori became President and founder of  For Your Ease Only in 1996. It holds most of the patents, and her relationships with retailers, including HSN, QVC, and Bed, Bath and Beyond. Her annual salary from all businesses, including Shark Tank, is estimated to be about $5 million.

Her secret formula, knowing a hero from a zero, led her to launch an app that future entrepreneurs can use to send her their ideas by answering some questions.

In its 14th year, Shark Tank’s first episode aired in August 2009. Although invited to be a Shark earlier on the reality show, Lori Greiner didn’t join until 2012 and has been a regular ever since.  Her track record is evident, as she sealed the deal, investing in the show’s top-selling products.

I have been an avid fan of Shark Tank for years, enjoying the pitches, products, and services and the interaction between the Sharks and the promising entrepreneurs. It is an educational “must-watch” show for my college students, many of whom are on the entrepreneurship path.

Related: Best Shark Tank Products And What It Teaches

According to Sharkalytics,  Lori Greiner’s results are telling:

She invested $9.543 million on Shark Tank, reflecting 61 deals across 78 episodes since becoming a regular in 2012. She is not the most significant investor, that would be Mark Cuban and Robert Herjavec, but she is not a lightweight.

From her start in business, Greiner has had a keen eye for value, seeking products that can better people’s lives, adding style and elegance. She favors user-friendly products. That is her motto on her website, visible in her creations which include jewelry and cosmetic organizers, general organizers, kitchen tools, and travel accessories.

Lori Greiner has an abundance of soft skills she is known for in her dealmaking: her sharp instincts, communication, listening, and ability to grab attention away from others. She has a solid reputation with the entrepreneurs she works with and mentors. It is easier to have her success rate with the ability to solve problems, collaborate with others, be empathetic and optimistic, and have determination and grit.

She has an appealing and supportive personality relative to some harsher Sharks like Kevin O’Leary. Although kind, Lori is competitive and firm.

Aaron Krause, ScrubDaddy’s inventor, pitched his product in season four, episode seven, looking for $100,000 for a 10% interest in his business. By the time he was on Shark Tank, his patented and proprietary scrubbing pad had over $100,000 in sales and went into 3,000 retail outlets.

Despite a bidding war among the sharks, Lori Grenier paid $200,000 for a 20% interest for the smiley face ScrubDaddy. Sales are still booming, estimated to surpass $300 million end of 2022, and among the most successful products on Shark Tank. Krause’s net worth is said to be in the $250 million.

Linda  Clark and Gloria Hoffman are the mother-daughter team that pitched Simply Fit Board, the balancing fitness product in season seven episode seven in 2015, looking for $125,000 for 15% of their business. Lori Greiner got the deal by paying $125,000 for an 18% stake. The product has successfully launched, with $160 million in 2021 revenues.

The Squatty Potty is a contoured step stool that elevates your feet while using the toilet, and it does its job relieving constipation.

Bobby Edwards and Judy Edwards, the mother and son team,  sought $350,000 for a 5% interest in their business. They accepted Lori Greiner’s offer for a 10% interest in season six, episode nine.

Squatty Potty comes in plastic and bamboo, and various colors. Sales have soared since being on Shark Tank, with annual sales of $1.2 million in 2021. A consumer products company acquired the business.

Nick and Elyse Oleksak is a husband and wife team that began Bantam Bagels in New York’s West Village in the fall of 2013 after leaving Wall Street as former brokers.

The couple sold this business to T. Marzetti Company, owned by the publicly-traded Lancaster Colony Corporation, for $34 million in 2018.

FiberFix repair tape is 100 times stronger than duct tape, is waterproof, temperature-resistant, and dries quickly without a mess.

Quinn and Child sought $90,000 for 10% interest in their business. Lori Greiner jumped over Robert  Herjavec and sealed the deal for $120,000 for a 12% stake and funding their purchase orders.

The Drop Stop product serves an urgent need for many of us.

It is distracting to reach for a dropped phone in that gap when driving. That near-death experience led Marc Newburger and Jeffrey Simon to invent Drop Stop, providing an essential solution many of us appreciate.

Wesley Laporte and Dan Barnes developed Phone Soap, recognizing that our phones are laden with nasty germs and bacteria. The product comes with a phone charger and UV light sanitizer that works like a mini tanning bed for your phones, aptly described by the inventors.

They entered the Tank in season six, episode 16, seeking $300,000 for a 7.5% interest, and they accepted Lori’s offer of $300,000 for a 10% interest. They realize strong sales of $13.5 million annually. The product was a welcome addition to our household when we bought it during the pandemic.

Entrepreneur Rick Hopper invented the ReadeREST Magnetic Eyeglass Holders demonstrating his clever magnet eyeglass holder could do the job when he literally fell into the Shark Tank. He uses high-powered magnet clips to secure your eyeglasses onto clothing, like a shirt or pant pocket, without losing them.

Hopper asked for $150,000 for a 15% interest in season three, episode six, to mass-produce and distribute the eyeglass holders.  Lori got the deal, but a big ask using her QVC expertise with an enormous 65% stake in Hopper’s business, generating about $5 million in annual sales.

Lori Greiner is a role model to many entrepreneurs, inspired by her success in many endeavors. Her likable personality, can-do attitude, strong reputation, abilities, and skills suggest she has a long way to go until she peaks.