Being Frugal When Saving Time And Money 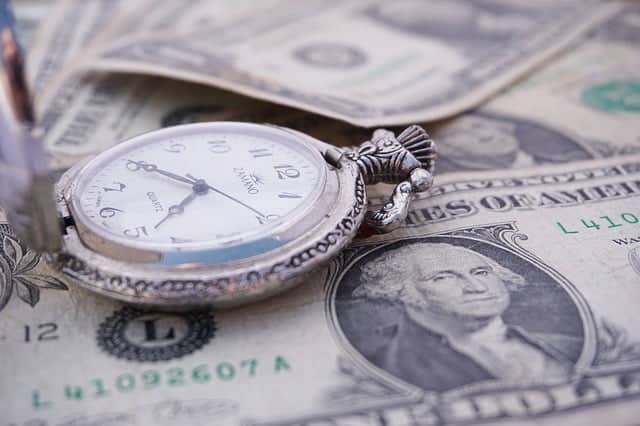 I bristled when they called me a cheapskate when I was a young kid. It cast a dark shadow over me. We lived in a modest neighborhood in the Bronx, so it wasn’t like some of us were from the upper class. Still, our lifestyle was far more humble than others. I was laughed at for getting an ice cream without sprinkles or wearing ratty clothes. My parents were more frugal for a good reason. They struggled with their small business and needed to save money for our basic needs. For many people, frugality is a necessity. For others, it may be a choice.

Nowadays, calling someone frugal is more of a virtue, like giving a badge of honor to that person. Being frugal or cheap is sometimes used interchangeably, but the terms have different meanings. According to Merriam-Webster, frugal is characterized by or reflecting economy in the use of resources. On the other hand, cheap has a range of definitions. Cheap has two or more meanings: charging or obtainable at a low price and inferior quality or worth.

While both terms are about saving money, being cheap is usually motivated by price and paying less. On the other hand, being frugal considers price along with quality and value in evaluating the purchase. There is a gray area but considering if a person is cheap or frugal, you’ll know the difference by their actions or words. Cheap people are penny-pinchers who will mostly pick the lowest price option even if the quality is suspect, regift presents, and are poor tippers. Many will engage in D-I-Y projects like plumbing and electrician work just for the sake of not spending the money.

When Frugality Can Go Too Far

Being overly cheap or extreme frugality without reason and lack of generosity is a symptom of obsessive-compulsive personality disorder (OCPD) by the International OCD Foundation. The American Psychiatric Association has pointed to this symptom as when “a person adopts a miserly spending style toward both self and others.” Growing up, my Uncle Harry lived with us for many years. He was a Holocaust survivor of the death camp Auschwitz. As a teen, he suffered from the camp’s traumatic effects. He lost his family, except for my mom, and married late in life. Unfortunately, he divorced soon after.

It was extreme frugality that killed his marriage. His wife, Doris would come home with a dozen eggs or too many groceries and he would have a breakdown over the potential for wasted food. His psychiatrist noted his anxiety about saving money or extreme frugality was a tragic symptom of his experience.

In contrast to being cheap, frugality is a strategy that saves money and considers the whole picture: quality, durability, value, and price of what you are buying. Those who are frugal are savvy about saving money for themselves and others. They will consider other variables like whether that purchase is good for the environment and other causes.

Warren Buffett is as legendary for his frugality as he is for his investing acumen. He lives in the same Omaha home since 1958. Buffett frequents McDonald’s and his company’s cafeteria. He is a value-seeker when investing or in his lifestyle. Yet, for all of his frugalness, Warren Buffett has generously donated $37 billion since 2006.  One of my favorite Buffett quotes: “It’s far better to buy a wonderful company at a fair price than a fair company at a wonderful price.”

6 Benefits To Being Frugal

1. Having A Purposeful Mindset

Adopting a frugal mindset means being more thoughtful about your purchase decisions. It is not about having it all but about choosing your purchases carefully for you and your family.  Having a frugal attitude favors good money habits like saving money and better financial management overall. It is not about choosing the lowest price option basing your decision on price alone. Other factors are part of the value proposition.

Frugality is a lifestyle that people adopt for the simple pleasures of life. It is not new. Plato and Henry David Thoreau in Walden advocated modest or minimalist living. It contrasts with societal desires for materialistic possessions which often leads to overspending just to keep up with your peers. Being thrifty has its merits and can lead to sound well-being.

2. Motivate Yourself By Knowing Your Goals

It is easier to save or manage money when you have a plan for your future. Determine your short and long-term goals. Those who plan to retire early,  work hard to set aside money for savings, retirement, and investments. Their plan will motivate them to be financially independent and retire early (FIRE). It is not for everyone, but it does give you a chance to develop good money habits for future financial flexibility. By adopting frugal ways to save more, spend less now so you can retire early in life. Spending within your means allows you to choose what you want to do later on at a still young age.

I left my job on Wall Street in 2001, before the FIRE movement became popular in the 2010s. My choice was to go to law school and practice for a few years, have kids, and teach at a college. For me, it has worked out fortunately though it was a big adjustment that could have been smoother. To be honest, I didn’t have a well-developed plan though I did want to return to school because I enjoyed learning new things. Goal setting is essential even if you finetune through the years.

In The Millionaire Next Door, a favorite read of mine, millionaires were profiled in two groups. The Under Accumulators of Wealth (UAWs) were the more typical white-collar professional millionaire, devoting more of their high income to luxury goods to maintain their status. As a result, they had lower net wealth compared to their income by neglecting savings and investments.

The Prodigious Accumulator of Wealth (PAWs) were more frugal millionaires. They avoided a showy lifestyle, bought used cars, often living in blue-collar areas. Goal-oriented, they made intelligent buying decisions, using savings to invest more of their money in securities or in businesses for good returns. PAWs spent less on luxury, accumulating higher net wealth relative to income from less.

Although you don’t want to penny-pinch, prioritize your spending. Frugal spenders tend not to be compulsive shoppers, accumulating lots of material possessions to regret. That doesn’t mean you can’t travel, buy good things, or enjoy your life. Quite the contrary. It is about spending thoughtfully and moderately and not on a whim. Know the difference between your wants and needs or living essentials. Your needs–food, rent, clothes, medical, education– should be a priority. Yes, you can have that latte if it gives you a particular pleasure.

Being frugal means spending below your means so that you can save money to improve your financial health. Those who are frugal tend to:

Buying solely on a price basis without regard to quality is a hallmark of cheapskates. Those who are frugal make economic rather than impulsive decisions. Price is important, but there are other factors to consider. When making purchases, economic people will evaluate the quality, usefulness, reliability, durability, style, convenience, experience, and trustworthiness of the company or the brand. In other words, they will look at the whole picture.

Of course, the price versus value equation depends on the product itself. Frugal shoppers are not going to evaluate many factors for convenience products bought frequently. Price plays a bigger role when buying toothpaste or laundry detergent. For these products and many others, you can save money by buying generic brands at a discount to name brands. The price will be lower for generic brands, as much 35% reductions compared to name brands but the quality is often the same.

On the other hand, shopping for appliances, furniture, clothing, and other items less frequently bought quality and other considerations matter. Buying furniture chiefly because it is inexpensive is a recipe for disaster. That is being penny-wise pound foolish. Robert Burton is credited with that British saying in 1621 and is in The Anatomy of Melancholy. I am not sure Burton had our cheap bookcases in mind. However, that is what Craig and I remember saying after we bought cheap bookcases at a “bargain price.” We regretted that purchase made in our early years together almost immediately. The bookcase crashed in the middle of the night. Cheaply made, it didn’t hold up our books for too long.

5. Frugalness Is Good For The Environment

Practicing frugality has become part of the minimalism cult and more acceptable in recent years.  Mindless consumption is being frugal and less wasteful, which is good for the environment. Even if you are not saving money, reusing bags at the grocery store, or not taxing our utilities makes economic and environmental sense. Turn over your lights when leaving your room or home. Wash your clothes on the cold setting and lower or raise your thermostat. You may have personal savings, but you are also helping a cause.

6. Be Frugal About Wasting Time

Time is money. Both are valuable resources, but time is more precious because it is finite. We cannot replenish time. Saving money is necessary, but not when it causes you to waste time. Time is an element that many of us use poorly. Examples of how we splurge on time when trying to save money are:

Being frugal with our time means being more focused on how we are spending it. To save money, I sometimes over-research things for the best product. Make a “to-do” list to organize your time more meaningfully. Don’t go shopping without a list.

When your time is short, consider spending money on time-saving services. Studies say it can promote happiness when time constraints are stressing you out. On the other hand, Some people work more efficiently under a tight timeframe. I find that I often accomplish more with time constraints which help me to be more focused. Balance your needs of saving money and saving time according to your abilities and preferences.

Related Post: The Relationship Between Time, Money, And Productivity

No one wants to be a cheapskate. On the other hand, being frugal is often a virtue that may lead to a happier lifestyle. Just be sure you are not becoming obsessive like my Uncle Harry. Saving time and money are valuable goals that can help to eliminate stress while strengthening your financial health. Maintain a balance to live a life you enjoy. You don’t need to stop pleasures just for the sake of being frugal. Instead, prioritize what is essential for you.

Thank you for reading! If you find value in this post, please visit us more often or consider subscribing to The Cents of Money and get our weekly newsletter and other freebies.

This site uses Akismet to reduce spam. Learn how your comment data is processed. 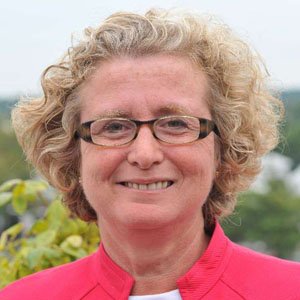 the cents of money is about financial education, here to teach and inspire you about money, seek new ideas and to create a greater comfort in your world about one of life’s great stresses. I want to use my financial skills honed by my professional experience to help others. That, by itself would pay dividends to me.

What Are You Looking For?