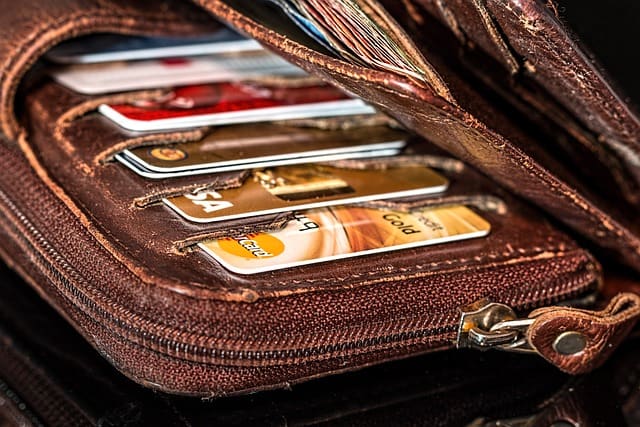 Over the past year, consumer debt surged as the Fed raised interest rates aggressively to quell high inflation, with resilient consumers reflecting strong demand. The inflation shows recent declines, from 9.1% in June to 7.7% in October 2022, remaining elevated above the 2% inflation target. It is too early to say that inflation peaked.

As the Fed hikes rates in the next few months, households, the most interest-rate-sensitive sector, will slow their demand for goods and services, with rising loan rates, postponing large purchases like homes and cars.

Some cracks are appearing in recent weeks, with rising layoffs announced by significant companies bound to impact unemployment negatively. Typically, there is an inverse relationship between inflation and unemployment, like a seesaw going up and down.

A softer economy and higher unemployment could cause a recession. With these risks, including rising consumer debt, households should insulate themselves from risks by increasing financial discipline.

The US personal savings rate was 3.1% in September 2022, well below the higher rates during the pandemic and 8.3%% at the end of 2019. Except for the low savings rates in 2005, which dipped to 2.1% in July 2005, Americans primarily depleted their savings to the lowest levels in 2022, just as loan rates continued to rise.

During the challenging economy of 1980-1981, the US personal savings rates were over 11%, even when high inflation of 14.5% peaked in mid-1980, followed by a severe recession with over 11% unemployment a year later.

We reviewed the recently released the Federal Reserve Bank of New York Third Quarter 2022 Household Debt And Credit report. We found alarming trends amid statistics in the NY Fed report:

Delinquencies Are Rising For Most Consumer Debt Categories

Third quarter 2022 debt reflected higher delinquent rates for all debt types except student loan debt which has a repayment pause that extends to June 30, 2023, or 60 days after the resolution of the halt by the court of the student loan forgiveness plan.

Increased delinquencies follow two years of historically low delinquency transitions during the pandemic, which benefited from repayment moratoriums for mortgages (lifted on June 30, 2022) and student loans.

The higher delinquencies are not yet at pre-pandemic levels, but they are sending alarms as credit card debt rates jumped to 3.69% and are at the highest rate of all household debt. In comparison, total household delinquencies were 2.27% in 3Q 2019, mainly due to student loan debt and credit cards.

Debt delinquencies may rise with continued consumer demand fueling high inflation while the Fed continues to hike interest rates though potentially at slower rates. Many expect a recession sometime in 2023, though based on slower demand for new homes and reduced construction, the housing sector may already reflect a recession.

Mortgage Debt Is The Largest Component

By far, mortgage balances are the most significant component of total household debt, and increased by one trillion to $11.67 trillion in the 3Q2022. Mortgage loans are the largest category, accounting for 71% of household debt, up from 69% at the end of 2019.

Mortgage loan originations, including refinancing, were at $633 billion, or a $126 billion decline, reflecting a return to pre-pandemic levels. With the mortgages at 7%, it is common to see reduced originations.

The mortgage loan moratorium ended on June 30, 2022, which means lenders weren’t allowed to foreclose on homeowners if they occupied the property. With the suspension lifted, mortgage delinquencies and foreclosures may rise.

HELOC rates are relatively higher than 30-year fixed mortgage rates–at 5.50% for a ten-year HELOC loan. They are variable loans, but you are only borrowing the amount of the home equity you need.

Credit card balances were at $925 billion in the 3Q2022, increasing $38 billion since the second quarter. On a year-over-year basis, this marked a 15 percent increase, the largest in over 20 years. Credit card balances are nearing their pre-pandemic levels after sharp declines in the first year of the pandemic.

Average limits on credit card accounts rose by $82 billion and are now at $4.3 trillion.

Credit card delinquencies are up to 3.69% in 3Q2022 compared to 3.35% in 2Q2022 and 3.24% in 3Q2021. These rates remain below the pre-pandemic rate of 5.19% in 3Q2019. However, the credit card category is most worrisome, with solid consumption despite high inflation and rising interest rates on growing credit card balances.

Credit cards carry the highest borrowing rates of most consumer loan products. According to the Federal Reserve, the average credit card interest rate was 18.43% in 3Q2022. Having large balances makes it challenging to get rid of this costly debt. Try cutting your borrowing costs with the avalanche method, which targets this high cost of debt first.

The rapidly increasing debt burdens and delinquency of the younger and less wealthy cardholders may suggest disparate impacts of inflation. In the latest Debt report, Liberty Street Economics found new purchases adding to the significant credit card balances reflecting robust demand amid higher prices of goods and services, along with carried-over debt. They concluded that though delinquency rates are rising, they remain low by historical standards and suggest consumers manage their finances as prices increase.

Auto loan debt was at $1.52 trillion, up $22 billion sequentially in 3Q2022, continuing its rise since 2011. The rise reflects strong consumer demand for cars amid inflationary pressures.

New auto loan originations fell slightly in 3Q2022 but were still higher than average volumes in  2018-2019.

The outstanding student loan balances of $1.57 trillion in 3Q2022, which slightly contracted below 2Q22, are at the lowest levels since 2Q21. This decline is due to the extended forbearance and efforts by the Biden Administration to forgive some of the education loan debts, with future forgiveness held up by the court.

Student loan delinquencies remain stable, with 1.04% in 3Q2022, 0.98% in 2Q2022, and 1.08% a year ago. They are well below the 9.26% registered in 3Q2019. They will likely rise from current delinquency rates, with higher borrowing rates from the federal government and private loans. The federal government extended the repayment pause on June 30, 2023. The pause was initially put in place on March 27, 2020, at the beginning of the pandemic.

Higher Debt May Pose Risks To Your Financial Discipline

High inflation, rising borrowing costs, and reduced asset values are taking a toll on households, especially those who rely on credit cards to pay their bills. The University of Michigan Survey of Consumers registered a 56.8 reading for November’s Consumer Sentiment Index, down 5.2% from the previous month’s 59.9 and 67.4 in November 2021. The reduced consumer sentiment may indicate a shift from consumer strength owing to changes in our economy, like higher prices and rising interest rates.

Some households may find themselves in more precarious financial situations requiring more discipline. They should delay making unnecessary purchases on their credit cards with astronomical interest rates. Instead, households should prioritize savings and reduce debt to boost liquidity. They can:

As consumers, the economic conditions, including high inflation, rising interest rates, and a potential for a recession next year, are challenging and will not change overnight. Yet, there are actions you can do to help you better weather these risks.