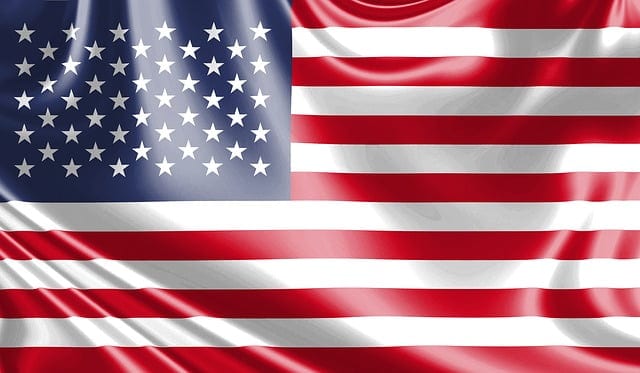 The Fourth of July is approaching, with images of fireworks, hot dogs, hamburgers, and apple pie. It is a favorite time in our household, sans the apple pie as my husband is allergic to apples. Last year was very different. Fireworks were silent due to social distancing associated with the coronavirus pandemic. Thanks to vaccinations, we are free to celebtate once again Typical events like baseball, concerts, and family reunions are back this year.

Our Fault Lines Are Very Visible And Needs Fixing

This time of year is a particularly good time to be proud of being an American despite our country’s faults. When you are raised by immigrants who loved their chosen country, freedom, security, and independence were always privileges. My mom valued being a citizen in America in her adopted country and fiercely taught me about financial freedom and independence, especially for women.

However, fault lines have widened as realizations have sunk in that racial inequalities have not narrowed as hoped. in fact, they are reemerging and threatening our union. Peaceful protests are giving voice to needed change.

To help celebrate Independence Day this year, and every year (why not every day?) I am sharing some of my favorite quotes. You may notice that many of these quotes are apt for financial freedom and financial independence. So I took the liberty of sharing those as well. I have added new quotes to represent those who need to be heard.

Freedom and independence mean different things to different people. Today, and forever, our country needs to fix our faults. If we are to have another 244 years, we need to wipe out all our inequalities. Then we can say we are truly free as one.

“It will be celebrated with pomp and parade, bonfires and illuminations from one end of the continent to the other.” –John Adams, Second US President

“Liberty, when it begins to take root, is a plant of rapid growth.” –George Washington

“How important it is for us to recognize and celebrate our heroes and she-roes.”  -Maya Angelou, poet and activist

“Where liberty dwells, there is my country.” – Benjamin Franklin

“May the sun in his course visit no land more free, more happy, more lovely, than this our own country!” – Daniel Webster

“There can be no true home without liberty.” – Harriet Beecher Stowe

“It does not take a majority to prevail, but rather an irate, tireless minority.” – Samuel Adams

“America…it is the only place where miracles not only happen, but where they happen only the time.” –Thomas Wolfe, Of Time and the River, 1935

“The essence of America-that what really unites us–is not ethnicity, or nationality, or religion. It is an idea–and what an idea it is: that you can come from humble circumstances and do great things. That it doesn’t matter where you came from, but where you are going.” – Condoleezza Rice, Republican National Convention, 2012

“Those who expect to reap the blessings of freedom must undergo the fatigue of supporting it.” – Thomas Paine

“In the truest sense, freedom cannot be bestowed; it must be achieved.” Franklin Delano Roosevelt

“For what avail the plough or sail or land or life if freedom fail?” – Ralph Waldo Emerson

“All we have of freedom, all we use or know, This our fathers brought for us long long ago”. – Rudyard Kipling

“We must be free not because we claim freedom, but because we practice it.” – William Faulkner

“Education is the door to freedom.” – Oprah

“Lock up your libraries, if you like; but there is no gate, no lock, no bolt that you can set upon the freedom of my mind.” – Virginia Woolf, A Room of One’s Own

“Freeing yourself was one thing, claiming ownership of that freed self was another”. – Toni Morrison

“Freedom is not worth having if it does not include the freedom to make mistakes.” – Mathatma Gandhi

“Freedom’s just another word for nothing left to lose.” Janis Joplin, Me and Bobbie McGee

“For to be free is not merely to cast off one’s chains, but to live in a way that respects and enhances the freedom of others.” Nelson Mandela

“He who has overcome his fear will truly be free.” Aristotle

“Liberties aren’t given, they are taken.” – Aldous Huxley

“It is by the goodness of God that in our country we have three unspeakable precious things: freedom of speech, freedom of conscience, and the prudence never to practice either of them.” – Mark Twain

“If I follow the inclination of my nature, it is this: beggar-woman and single, far rather than queen and married.” – Elizabeth I, Collected Works

“I do not wish them [women] to have power over men; but over themselves.” – Mary Wollstonecraft

“My own sex, I hope will excuse me, if I treat them like rational creatures, instead of flattering their fascinating graces, and viewing them as if they were in a state of perpetual childhood, unable to stand alone.” – Mary Wollstonecraft, A Vindication of the Rights of Women

“I’ll walk where my own nature would be leading, it vexes me to choose another guide.” – Charlotte Bronte, Jane Eyre

“People have only as much liberty as they have intelligence to want and the courage to take.” – Emma Goldman

“I think the girl who is able to earn her own living and pay her own way should be as happy as anybody on earth. The sense of independence and security is very sweet.” Susan B. Anthony

“The highest pleasure to be got of freedom and having nothing to do, is labor.” – Mark Twain

“Everything that is really great and inspiring is created by the individual who can labor in freedom.” – Albert Einstein

“For it is in your power to retire into yourself whenever you choose.”  – Marcus Aurelius, Meditations

Erasing Inequalities For Once And For All

“To bring about change, you must not be afraid to take the first step. We will fail when we fail to try.” Rosa Parks

“Prejudice is a burden that confuses the past, threatens the future, and renders the present inaccessible.” Maya Angelou

“Without a struggle, there can be no progress.” Frederick Douglass

“There is no such thing as race. None. There is a human race–scientifically, anthropological.” – Toni Morrison

“To suppress free speech is a double wrong. It violated the rights of the hearer as well as those of the speaker.” – Frederick Douglass

“I see what’s possible when we recognize that we are one American family, all deserving of equal treatment.” – Barack Obama

“Let not your mind run on what you lack as much as on what you have already.” – Marcus Aurelius

“All good things are wild and free.” – Henry David Thoreau

“Men spend the best of part of their lives earning money in order to enjoy a questionable liberty during the least valuable part of it.” Henry David Thoreau

“Someone’s sitting in the shade today because someone planted a tree a long time ago.” Warren Buffett

“It’s never paid to be against America. We come through things, but it is not always a smooth ride. Warren Buffett

“From a standing start 240 years ago–a span of time less than triple my days on earth– Americans have combined human ingenuity, a market system, a tide of talented and ambitious immigrants and the rule of law to deliver abundance beyond any dreams of our forefathers.” Warren Buffett, 2016 Shareholder Letter to Berkshire Hathaway Shareholders

I have as big an obsession as Warren Buffett appears to have when it comes to prosperity and his gratitude to our country.

Thank you for reading! Do you have any favorite quotes on Independence Day? Please share them with us! Enjoy your holiday! Stay healthy!

2 thoughts on “Best 43 Quotes On This Independence Day”