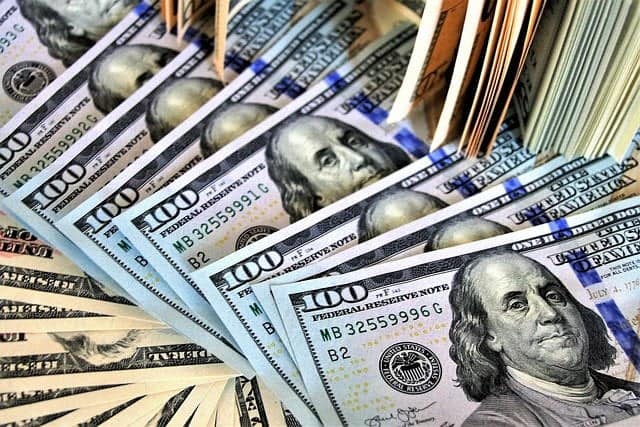 Universal basic income, or UBI, is a modern-day concept under which the government distributes cash payments to all. This concept has been around since Thomas More proposed a basic income to everyone in Utopia, written nearly 500 years. Once a radical plan, UBI has many advocates from the political left and right in the US and globally. The  Advance Child Tax Credit Payments in 2021 may be the best example of Universal Basic Income.

From Thomas More to now, many people, from Thomas Paine to Andrew Yang, have been closely associated with UBI in various forms.

“The Freedom Budget For All Americans”

Dr. Martin Luther King Jr. worked with A Philip Randolph and 200 prominent economists on “The Freedom Budget For All Americans,”  which advanced as a published document in 1967. This ambitious step-by-step plan’s primary goal was to stamp out poverty over the next ten years.

The program would raise higher Federal income taxes of $200 (1967 dollars), a portion to create jobs. As such, there would be a job guaranteed to everyone ready and willing to work. Alternatively, those who couldn’t work would receive guaranteed income to lift them out of poverty. The plan was estimated to cost $185 billion (not a typo) over ten years.

The Freedom Budget had significant merit, but it lost substantial momentum after MLK’s assassination in 1968. In recent years, this concrete guaranteed income model had received new attention.

In 1969, President Nixon proposed a Family Assistance Plan that guaranteed families of four would receive $1,600 ($10,000 in 2016 dollars) annually in household income, still below the average of $7,400 at that time. The plan required “suitable” work or training for the head of the family.  By the way, Richard Nixon would not necessarily be the President to consider such a program. However, he followed President Johnson, who initiated the “War on Poverty.”

Nixon set a trial with 8,500 Americans in several states, notably New Jersey, Pennsylvania, Iowa, North Carolina, and Indiana. The study would be among the first guaranteed income pilots with experimental and control groups. Nixon was motivated to do this plan to garner blue-collar votes in the 1972 election. Nixon’s program resulted in proposed laws and revisions, but political pressures hurt, and Watergate killed any hopes of legislation in Nixon’s second term.

I found a great article that provides more insight into Nixon’s plan and what happened behind the scenes here.

Interest in universal basic income has increased. Indeed, the child tax credit may be an example of decreasing income inequality. Black families are in poverty disproportionately. Rather than a credit to deduct against income, the IRS will pay half the total credit amount in advance monthly payments to many families beginning July 2021. Families can then claim the other half when they file their 2021 tax returns.

The child tax credits are an effort to decreasing child poverty in the US, with 39 million families and 65 million children receiving money directly deposited into bank accounts. The IRS will send out monthly payments of $300 for children under six years and $250 per month for children between ages six and 17. There will be six payments in 2021 and one payment in 2022 for each child in the household.

The child tax credits are being distributed to families in need based on capped income levels. It remains to be seen whether these will be a one-time event or an ongoing tax change. The IRS simply says “These changes apply to tax year 2021 only.” At the very least, we hope it will be a positive event for families in need.

Income inequality has been on the rise over the past decades. The highest-earning 20% of US households have steadily brought in a larger share of the country’s income. The US ranks highest in income inequality of all G7 nations, according to the OECD.

The net worth or wealth gap between America’s wealthiest and more impoverished families has more than doubled from 1989 to 2016. At the same time, middle-class incomes have grown at a slower rate and represent a slower group. The rich are getting richer, the middle-class is shrinking, and the wealth gap is growing.

The coronavirus pandemic caused a severe economic downturn with high unemployment, which remains at high levels. Any improvements in poverty rates quickly reversed. Researchers headed by Zachary Parolin found monthly poverty rates rose to a high of 17.3% in August 2020. That rate would have been higher if not for the CARES Act, which provided essential financial support to those in need.

There have been rising worries that artificial intelligence and robotics can displace workers in the future. As many as one-third of the US workforce may have jobs susceptible to automation and need new skills and retraining.

What Is Universal Basic Income?

Universal basic income or UBI is, in theory, a government program that distributes periodic cash payments to all citizens without conditions or strings attached. There have been various pilot programs in the US and other countries. However, there is no permanent program implemented as of yet. Once thought radical, its idea is less farfetched as a potential replacement for other social programs. Even President Nixon came close to developing a UBI-like plan.

There have been disagreements as to the components of Universal basic income.

To All Or Only Those In Need

Distribution of basic income universally would mean everyone, including the wealthy, would be getting cash payments or only those in need? What income level should the cutoff be?

Should distribution be aimed at an individual or a household and include the same amount for minors? The CARES Act implemented a government financial support program for those facing hardship due to the pandemic. The plan used income caps amounts to moderate financial support levels. Also,  families received additional amounts for children under 18 years.

How Much Money Would People Receive?

Income estimates have ranged from $1,000 to $5,000 per month. The essential question is whether this goes to everyone or those in most need, and it would be ongoing, or until that person gets a stable job.

One of the greatest fears opponents of UBI point to is whether those who receive guaranteed income will have enough incentives to work. It is a fundamental question and may drive the stipend distributed to a lower level, so work motivation is not lost. We feel strongly about the virtues of work and how working goes beyond sole compensation.

What Is The Cost And How Would It Be Paid

In recent years, estimated costs ranged from $2.5 trillion to $3 trillion. The pandemic has driven up our budget deficit. Those who are unemployed or own small businesses still need more financial support in the near term. Of course, to figure out what UBI would depend on a few factors:

How large is the recipient base? Andrew Yang, 2020 Presidential candidate, had worked on a $2.8 trillion plan in which every US citizen would get $1,000 per month (or $12,000 annually). Yang’s plan uses higher taxes and costs savings from reducing an existing government plan to finance the UBI.

Does UBI replace the current welfare social program and other programs, and could there be cost savings? Many point to eliminating the federal welfare program at an annual cost of $1 trillion.

Incentive tax credits or higher taxes for the wealthy and corporations can contribute funds for the program.

Universal basic income aims to provide money to people with more significant difficulties in covering the basic needs of food, shelter, clothing, and healthcare. Over time, UBI can make inroads to reducing poverty, narrowing income and wealth disparities. Gender and racial gaps tend to be widest between white men and women of color.

A more level playing field would enhance the workplace, could potentially reduce hiring discrimination and pay gaps. Everyone should have an opportunity to have a good job and financial security, especially those who are poor and don’t have a chance without changing our system.

The US has a higher standard of living than many countries. However, not all Americans share that same standard. A guaranteed income would help more people to rise to better levels than they are living now.

There may be a more remarkable ability for some people to have the freedom to pursue a different job or career if they can depend on a guaranteed income. Many people work at a job they hate or have non-paid caregiving responsibilities. Getting income would help people make changes without fear rather than feeling stymied at a job they dread. Those who need to take time off to provide caregiving to an aged parent or child can do so more efficiently.

Universal basic income has its merits. It is a simple topic in theory, but its components are very complicated and political. Also, the timing is off. The final tally for the budget deficit in fiscal 2020 exceeded $3 trillion, triple the year-ago amount due to the pandemic needs. Throwing trillions of dollars around as estimates for an uncertain program during a costly pandemic is not a way to get fans for UBI. However, the economy has been stronger in recent months.

Fear of Handouts Without Incentives To Work

Guaranteeing a basic income to all without requirements reeks of handouts. Many people fear that UBI will increase laziness by reducing motivation to work or spending the guaranteed income on “temptation goods” such as alcohol or drugs. A study by MIT/Harvard programs found “no systemic evidence that cash transfer programs discourage work.”

An 18-month experiment took place with 125 people in Stockton, California, and is still ongoing. They are each receiving $500 per month with no strings attached. The working part or full-time participants are making at or below the median income of $46,000. Instead, the researchers found that people are reasonably spending their guaranteed income on food, clothing, utilities, and car repairs.

There are several pilots ongoing around the world. Without a permanent guaranteed plan in place, there are no results to assess if one plan simply replaces another social program. What are the benchmarks for the success of universal basic income?  On paper, universal basic income sounds like it may guarantee payment indefinitely. Is there accountability for those who are part of the plan and truly no strings attached? My two cents here are that there should be a consideration to add work requirements for those who can.

Universal basic income or UBI is controversial. However, it has been gaining attention as gaps in income equality and wealth have widened. It is difficult to assess its merits as a potential government program with more questions than answers. Universal basic or guaranteed income should be piloted, studied, and addressed comprehensively in a serious manner.

Thank you for reading! Please visit us at The Cents of Money to find more articles of interest.