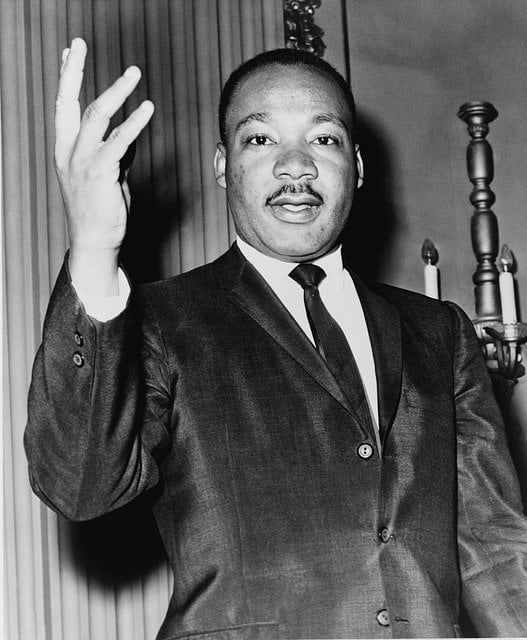 Dr. Martin Luther King Jr. left us with a rich legacy in his shortened life. We owe a huge debt of gratitude to him. The struggle to attain racial equality through King’s civil rights movement is well known. What is less known were his efforts toward achieving economic equality for all. It is very much a part of his work, sermons, and speeches. His words on education, money, and morality are eerily prescient and resonate in 2021 for many of us.

We celebrate Martin Luther King Day on January 18, 2021, as a US federal holiday with banks, and schools are legally closed. Let’s remember Dr. King and his legacy on money and economic fairness using the force of his words.

1. The Importance of Education

Pursuing education remains a great equalizer in society. However, it hasn’t always been available on a fair basis for all races. Higher education provides opportunities for higher earnings potential and a better standard of living. Even today, it remains out of reach for many given its high cost and the burden of student debt.

I teach diverse business students who are often economically challenged at an urban-based community college part of City University of NY (CUNY). As a professor at a CUNY college, I found this incredible speech by Dr. Martin Luther King at City College’s June 12 1963 commencement. City College, located in Harlem, was founded in 1847, caters to the poor and immigrants. It was the first free public institution of higher education intended for those who couldn’t afford college.

Given my experience, I feel a personal connection to this particular speech. King targeted the importance of education and awareness of social evils (war, economic and racial injustices) for all Americans. Education, especially for the poor, is a means of lifting the oppressed and the unfortunate.

Here are some of the golden nuggets:

Power And Control As Byproducts of Education

In July 1953, assisting his father, Dr. King spoke on Atlanta’s first black-owned radio station. “False Gods We Worship” series on science, nationalism, and money. He feared money worship would lead to exploitation for economic ends, selfishness, cheating, and moral degradation. His concerns were fair when we think of our current financial situation many today find themselves in: the lack of emergency funds, overspending, and high debt loads.

Among the points Dr. King made:

This phenomenon is lifestyle inflation.  Often, it occurs when we increase spending as our income rises rather than putting away some savings. As a result, living beyond our means prevents us from reaching financial goals. Its remedy is conscious financial management that requires budgeting, cutting unnecessary spending, and good money habits to target reasonable short and long-term financial goals.

3. “Drum Major Instinct” And Our Need For Importance And Recognition

Using cars as metaphors for prosperity, King returns to themes of economic greed and overspending. “Do you ever see people buy cars than they can’t even begin to buy in terms of their income?… But so often, haven’t you seen people making five thousand dollars a year and driving a car that costs six thousand? And they wonder why their ends never meet.”

Instead of pursuing materialistic possessions, go after better ideals like the civil rights movement and economic justice.

As a preacher, Dr. King knew intimately the Gospels. He often relied on the Book of Isaiah in his speech at Spelman College Museum on April 10, 1960, as he did for “If you can’t fly.” He encouraged young men and women to keep moving forward, make achievable goals, and persevere in the fight against injustices. Dr. King warned against materialism, which focuses on “profit-making and profit-gettings aspects of capitalism.”

“Set out to do a good job and do that job so well that the living, the dead and unborn couldn’t do it any better.”

“Be A Great Street Sweeper”

Obtaining an education, enriched skills, and a strong work ethic will provide you with a path to achieve excellence and attain personal goals. Seek every opportunity for training at work or elsewhere and exploit your inherent abilities such as being multi-lingual. Leverage your unique characteristics that are valuable for employers. Don’t just do an ordinary job but be the best at what you set out to do.

6. “A Freedom Budget For All Americans”

The Freedom Budget was an ambitious step toward economic equality. Asa Philip Randolph wrote it with Dr. King’s support. Completed in January 1967, the Freedom Budget was a manifesto to reduce poverty. This manifesto was a step-by-step plan to wipe out poverty within ten years. Its goals were to provide better schools, homes, clean air, jobs, and guaranteed income through a $200 increase in federal income taxes ($1,587.70 in 2020 dollars) on the wealthy.

The seven basic objectives were:

Dr. King illuminated the financial stresses afflicted on whites as well as nonwhites in our society. Several scholars worked on this doctrine, notably economist Leon Keyserling (chair of the Council of Economic Advisory under President Truman) and Bayard Rustin, legendary civil rights leader. There were 211 signers, reflecting a mix of progressive economists, thinkers, and activists of the time. The current dialogue regarding guaranteed income started with the Freedom Budget and Dr. King.

7. “Where Do We Go From Here?- Guaranteed Income For All

Adding to his economic justice efforts in the Freedom Budget, Dr. King spoke at the Eleventh Annual Southern Christian Leadership Conference (SCLC) on August 16, 1967. He pointed to progress made as black owned-banks were providing loans to black businessmen. Employment was rising for blacks in both government and private industry jobs, reflecting little but positive progress.

Calling for guaranteed income, Dr. King wanted to create full employment and payments for those in poverty. He said,  “New forms of work that enhance social good have to be devised for those for whom traditional jobs are not available.” However, blacks were earning 50% of whites’ income, and change was urgent for the good of the whole economy.  He wanted to combine the best parts of capitalism and communism to create an equal ground for those in need with guaranteed incomes.

Dr. King’s plan called for a universal basic income for all Americans by creating jobs, better education, and housing so that all could prosper at a time in the economy where many were reaching affluence. There were about 40 million people in poverty at the time of this speech. John Kenneth Galbraith, a notable economist, thought MLK’s plan would cost $20 billion per year. This cost compares to the then $35 billion annual costs of financing the unpopular Vietnam War. For more on a current view of the Pros and Cons of Universal Basic Income, see our article here.

The call for universal basic income doesn’t seem so farfetched today, and it wasn’t then either. Shortly after Dr. King’s death, President Richard Nixon had proposed an anti-poverty plan to the nation in 1969. It was called the Family Assistance Plan. Nixon’s plan would have provided an annual guaranteed minimum income of $500 for each adult and $300 for each child when the median household yearly income was $7,400. The plan intended was to gradually phase out income benefits as the family’s earned income rose. Advocates realized benefits would be within one year.

Few leaders have impacted others as Dr. Martin Luther King Jr. had. He taught others to be purposeful, be educators and leaders, works with others to get things done, and promote justice. We are better for what he stood for and what we could have been as a nation had he lived a full life in years.

9. Be Kind To One Another

Dr. King appeared at the Western Michigan University campus in Kalamazoo on December 18, 1963, and delivered a plea for brotherhood with these words: “We must learn to live together as brothers, or we will perish together as fools.” For sure, Dr. King was referring to the racial divide. Our country remains politically divergent. Perhaps MLK’s inspiration can heal our differences. Be kind to others as a first step.

With all of Dr. King’s efforts to provide for guaranteed income, education, selflessness, and better jobs for all Americans, he financially shortchanged his own family. Imposing sacrifices on himself, he mostly gave away the money he earned, including the $54,600 Nobel Peace Prize received. Despite Coretta King’s plea to set aside money for their children’s education, there were no financial assets. Activist friends provided funding for his four children’s education.

Moreover, Dr. King died intestate, that is, without a will. The family did not receive guidance or instructions regarding the use of his many works. As a result, his children have fought amongst themselves in court battles over intellectual property rights. However, well-intentioned and proud Dr. King was in leaving a remarkable legacy for his family and all Americans, it is sad to know how the lack of proper estate planning can tear a family apart.

Leaving legacies in more contemporary times is even more complicated with the advent of digital technology. Most of our assets are in digital form and are still not fully addressed in our estate planning documents. Take a look at some guidance we provide to how you may best approach accounting for these assets.

Dr. Martin Luther King Jr. has provided us with a rich legacy. He has inspired us with his conviction for racial and economic equality. Through his words, he has provided us with valuable lessons on money: overspending, materialism, lifestyle inflation, achieving excellence in education and work,  economic parity, financial insecurity, giving back to others, and leaving assets for his loved ones.

Thank you for reading! Are there favorite MLK quotes or speeches that inspired you? Please share! We would love to hear from you!